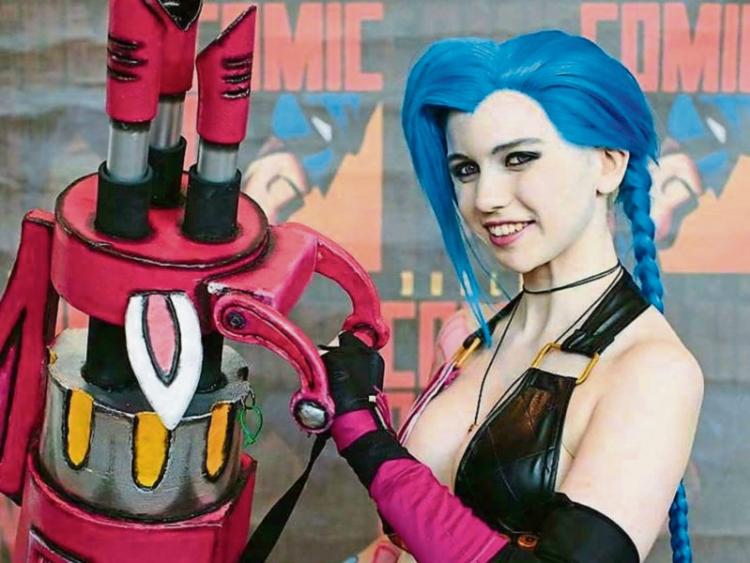 Don’t run screaming in fear should you see a squad of Imperial Stormtroopers on the streets of Portlaoise this weekend - it’s not an invasion, but the first ever Midlands comic convention.

The 501st Legion, Ireland’s top Star Wars costuming club, are just one of the many attractions at Celtic Con - Ireland’s Midland Comic Convention, unfolding in the spacious grounds of O’Loughlins Hotel this Saturday, June 24.

A fun-filled family-friendly day, this unique carnival event will transform the centre of Portlaoise into a Middle-earth of fantasy escapism.

A labour of love by Mountrath man and lifelong comic fan, Martin Moore, Celtic Con may celebrate alien worlds and fantastical realms but its heart is pure Irish.

40 guests and stalls are lined up for this one-day festival, with a Comic Village and Geek Market exhibiting a treasure trove of original art, memorabilia, statuettes, figurines, t-shirts and toys.

Gamers will be in digital heaven with the Gaming Zone, where a mix of retro, indie and modern games on console are available, with Nintendo’s Super Smash Bros topping the programme. Game Freeze from Wexford, traders in all things computer game and comic related, will have a stall, and there will also be a full range of tabletop games and trading card games.

The nightclub of O’Loughlins will feature a screening room showing Manga anime and classic Superman from the 1950s, as well as an Odeon trailer reel.

Both the local cinema and Supermacs are on board, with freebies given away throughout the day.

There will be a live sword display, incorporating the best martial arts moves and Jedi disciplines, courtesy of The Gray School of Arms, as well as art and writing workshops.

And best of all for all fans of escapism, the cosplay option gives attendees the chance to dress up as their favourite characters to be in with the chance of winning some awesome prizes.

For the kids there will also be face-painting, an ice-cream van and candy floss, and if you fancy a trip to an alien environment or a stroll through the Death Star, the greenscreen photo stand will allow background visuals to be superimposed to create the perfect illusion.

The comic convention starts at 11am this Saturday, June 24. For more, see www.facebook.com/celticcon2017