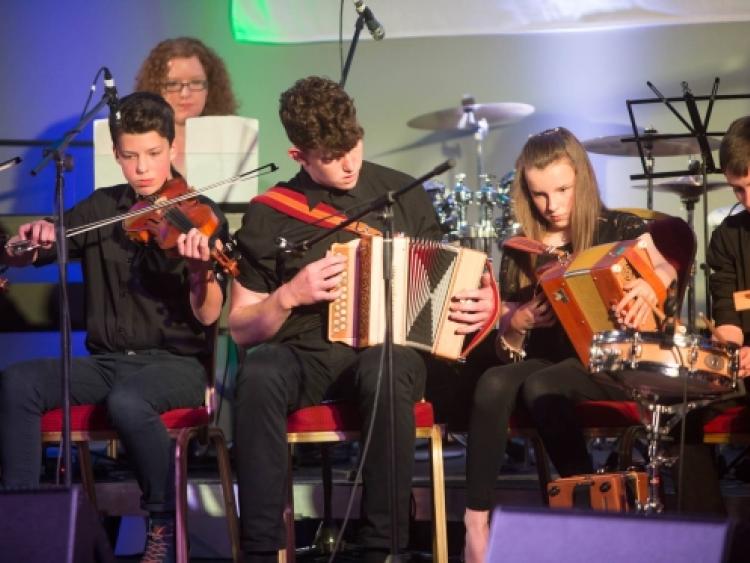 Young musicians from Music Generation Laois took centre stage, when they performed for an audience of national and international delegates, including An Taoiseach Leo Varadkar, at the Gala Celebration of The Ireland Funds Worldwide Conference 2017 in Powerscourt Estate.

Together, the ensemble presented extracts from the spectacular traditional suite ‘Visions and Voices’, which was created by Martin in collaboration with members of the orchestra to mark the Centenary of Easter 2016.

The original commission, which reflects on the events leading up to and including the 1916 Rising in Ireland, was funded by the Laois 2016 Community Fund, Per Cent for Art through the Laois Arts Office and the Music Generation Arts Council Partnership. The piece culminates with a great sense of optimism for the future, which is audible in the final movement 'Possibility'.

Just after the performance, 17-year-old flute player David Vesey, from Abbeyleix, said: 'We all really enjoyed this evening and it was a great opportunity that only Music Generation could provide. It was a great honour to perform in front of such a fantastic crowd at such a prestigious event and we all really appreciated the brilliant opportunity.'

Following the event, Rosaleen Molloy, national director of Music Generation said: 'I would like to congratulate this ensemble of terrific young musicians from Laois on their electric performance this evening. It is a privilege for Music Generation to have the opportunity to perform at such a prestigious event, and we are very grateful to The Ireland Funds for providing this platform for our young musicians to showcase their own music on an international stage'.