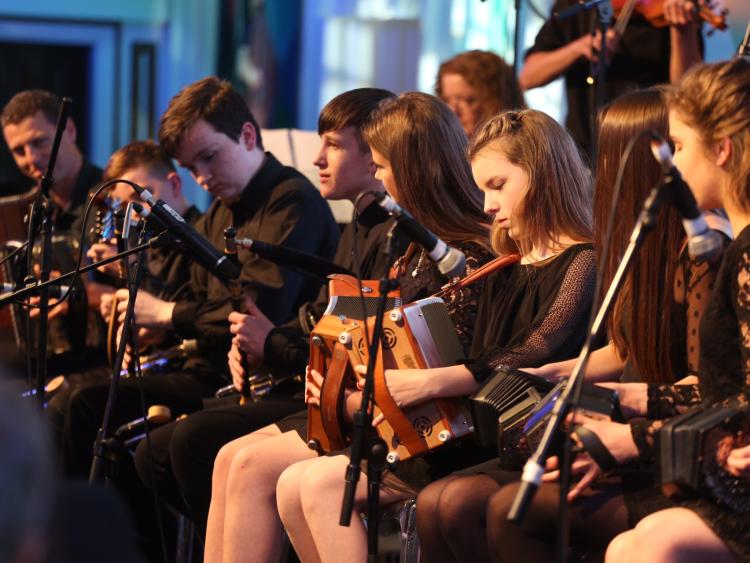 Young musicians from Music Generation Laois took centre stage  when they performed for Taoiseach Leo Varadkar and an audience of national and international delegates.

The guests included Guests of Honor His Serene Highness Prince Albert II, Sovereign Prince of Monaco, and An Taoiseach  at the Gala Celebration of The Ireland Funds Worldwide Conference 2017 in Powerscourt Estate.

The show-stopping performance by the 31-member Music Generation Laois Trad Orchestra was led by Donegal-based musician and composer Martin Tourish (Altan), and by Orchestra directors Paul Finn (accordion) and Siobhán Buckley (harp). Together, the ensemble presented extracts from the spectacular traditional suite ‘Visions and Voices’, which was created by Martin in collaboration with members of the Orchestra to mark the Centenary of Easter 2016.

"We all really enjoyed this evening and it was a great opportunity that only Music Generation could provide. It was a great honour to perform in front of such a fantastic crowd at such a prestigious event and we all really appreciated the brilliant opportunity," he said. 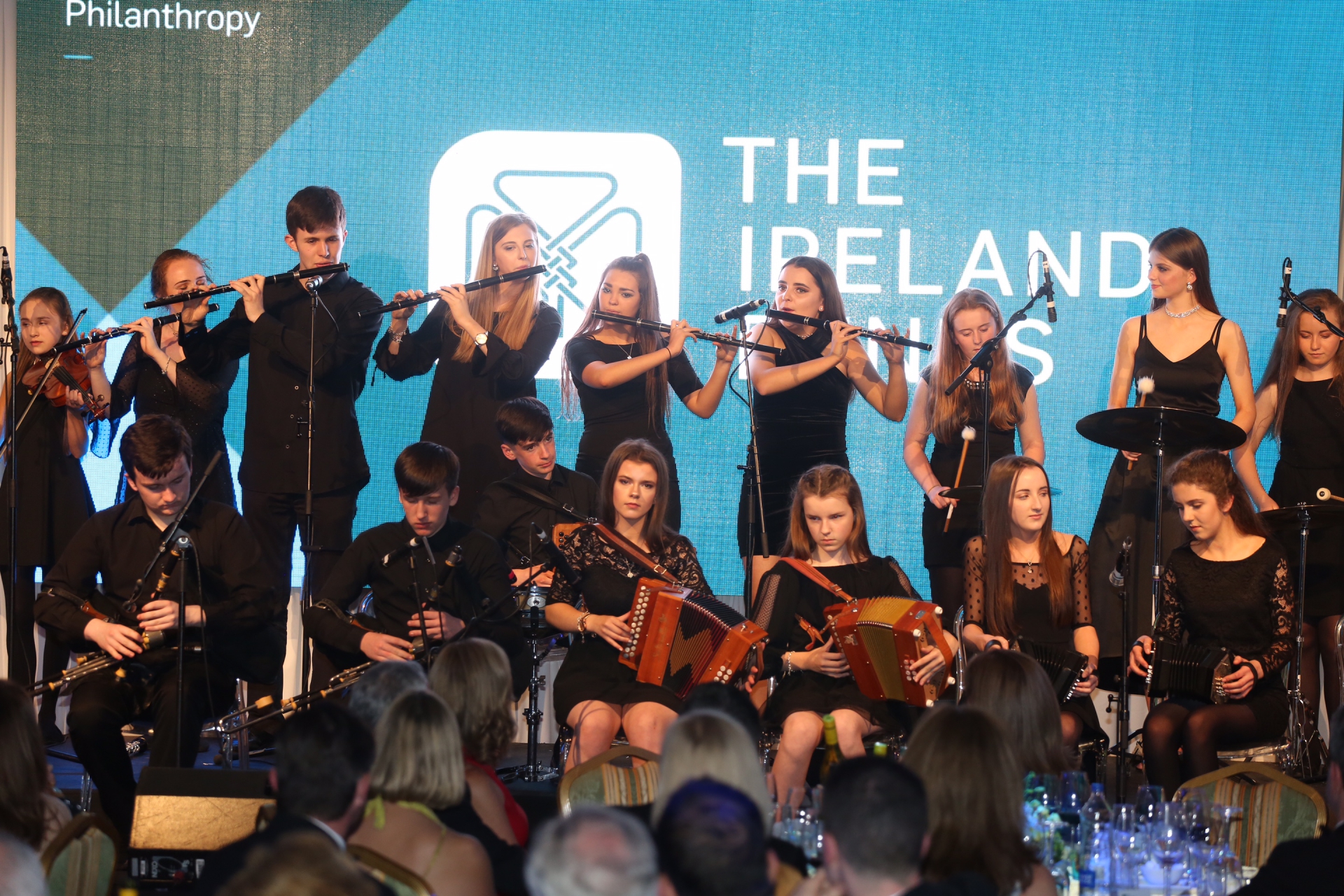 "I would like to congratulate this ensemble of terrific young musicians from Laois on their electric performance this evening. It is a privilege for Music Generation to have the opportunity to perform at such a prestigious event, and we are very grateful to The Ireland Funds for providing this platform for our young musicians to showcase their own music on an international stage," she said.

The Music Generation Laois Trad Orchestra was established in January 2016, under the direction of musicians Siobhán Buckley (on Harp) and Paul Finn (on accordion).

To date the Orchestra has performed at major national events including Fleadh Cheoil na hÉireann in Ennis, as part of the Music Generation Laois ‘Tionól’ for Harps and Pipes in November 2016, and most recently as part of ‘Music at the Malt House’ in Stradbally in May 2017.  The members of the Orchestra are among 3,000 children and young people who attended weekly lessons with Music Generation Laois in 2016. 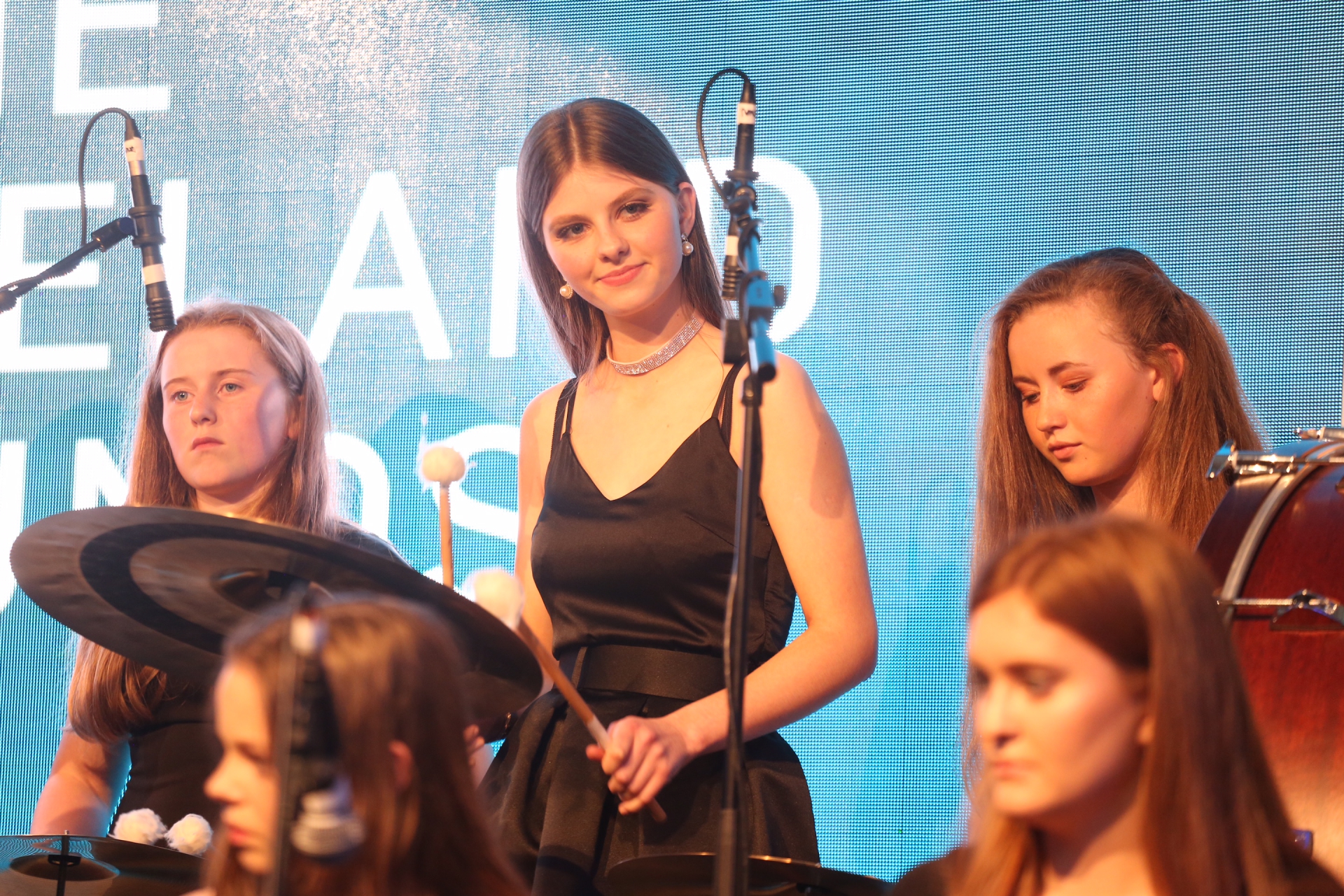