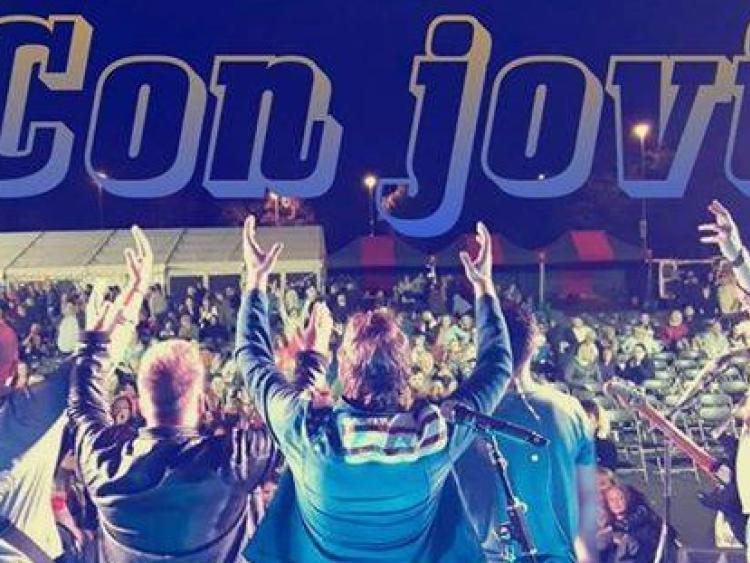 As part of the opening evening of the Portarlington French Festival, a Bon Jovi Tribute Act will take to the main stage.

The festival will be officially opened on Friday, July 14 at 7pm.

Con Jovi will get the festival off to a rip roaring start from 8pm on Friday. This ultimate tribute to world-renowned and legendary New Jersey rockers, Bon Jovi.

The band has over 20 years experience touring Ireland and the UK, this act is sure to gather a rocking crowd on the streets of Portarlington.

“We cannot wait for the Portarlington Festival. It is always a great atmosphere doing these festivals and we have had a few great ones this year, just a few weeks ago at the Salmon Leap Inn Festival we had people who usually go more country embracing there inner rock god! We think Portarlington could be one of the best yet,” said Con Jovi frontman Dee.

Con Jovi mark the beginning of a lively weekend in Portarlington with a huge amount of activities taking place in the town over the three days and nights.

Festival organiser Arlene Foy is looking forward to the weekend as there is already a buzz around the town.

"The festival is back for the full weekend this year and the committee is very excited about this. We have some fun new activities planned and as always a great music line up. There is already a real buzz around the town and we are delighted with the support we have already received from locals, businesses, organisations and clubs. It's lining up to be a fantastic weekend," she said.

See a full line up of what's on for the Portarlington French Festival here.