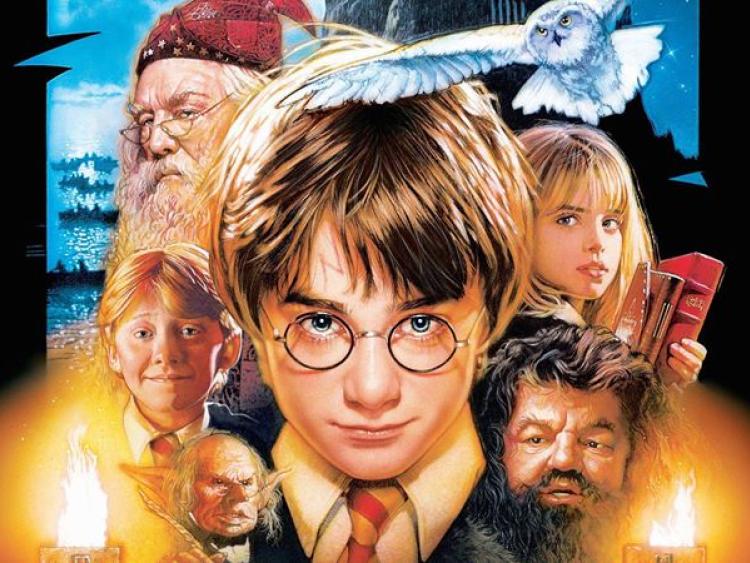 The Durrow Scarecrow Festival 2017 will have its very own Hogwarts Experience to mark the 20th anniversary of the publication of the first Harry Potter book.

The Hogwarts Express will depart from Platform 9 ¾ (aka Tae Lane) on a daily basis during the festival.

See if you can gain access to Platform 9 ¾ along with your luggage.

Harry Potter will arrive on his Nimbus 2000 ready for a game of Quidditch.

Try and determine which house you belong to by putting on the Sorting Hat and discover whether you are a Gryffindor, Ravenclaw, Hufflepuff or Slytherin.

See Snape as he dabbles with his potions at Slug & Jiggers Apothecary close-by. Watch the mandrakes as they grow in a well-watered spot on the green. It is rumored that mandrake roots resemble human figures and possess magical powers, including a fatal scream.

Free a house elf by donating a sock to Dobby's basket. Watch out for Aragog as he descends upon the festival. Pay a visit to The Three Broomsticks to taste the famous Butterbeer associated with Hogsmeade.

On each Sunday of the festival we will a special appearance of the Flying Ford Anglia, which is a light blue Ford Anglia 105E Deluxe that was modified by Arthur Weasley to fly, as well as to become invisible.