Stradbally Steam Rally gets set for its 53rd outing this weekend The 53rd National Steam Rally is all set to take place in Stradbally Hall over the August Bank Holiday weekend.

Stradbally is also known as the home of the Electric Picnic , but during the August Bank Holiday weekend this field comes alive with the sounds and smells of vintage and steam.
Over the course of the weekend, over 30 sleek steam engines will power their way around the glorious parklands of the Cosby estate.

As the oldest steam rally in Ireland, Stradbally has a big name to live up to, but does so with ease.
In a long-standing tradition, which began in 1964, the Stradbally Steam Rally attracts steam enthusiasts and families from all over Ireland and the UK.
It is seen as the premier event in the Irish steam and vintage calendar and every year works hard to best the previous, and grow bigger and better.

This year, visitors are promised an action packed-two days with a variety of attractions to entertain young and old alike.
The old favourites such as tractor pulling, deemed the world's most powerful motorsport, is hugely popular as visitors watch these tractors pull a heavy sleigh along a distance of almost 100 meters. 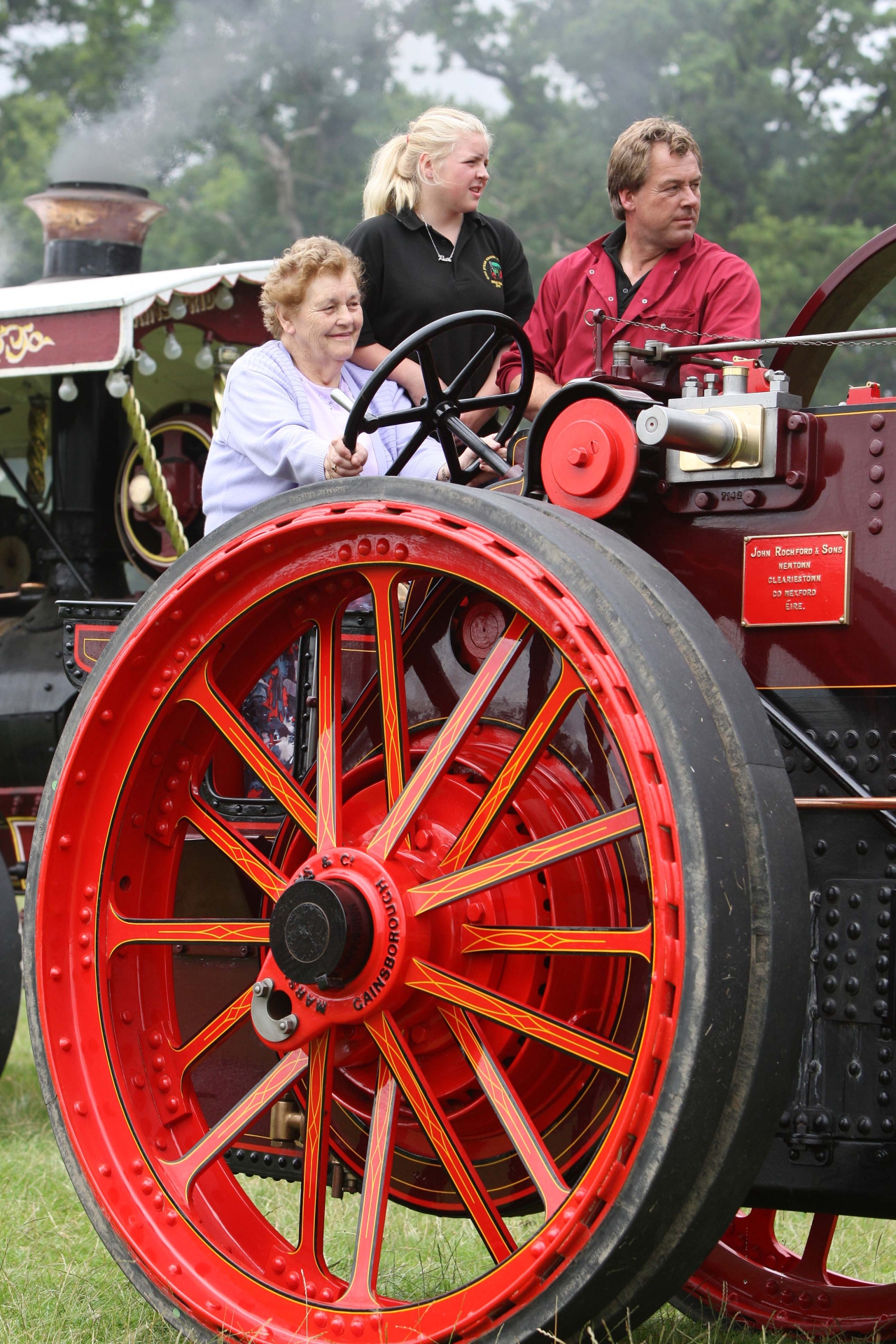 The  Stradbally Woodland Railway will run Sunday and Monday from 11am, and may also run on Saturday due to the success of last year, as many people enjoy a ride through the scenic woodlands of the Cosby Estate.

Also putting on demonstrations throughout the weekend are the workman's area, which contains the Threshing mill, run by the Deegan family and the Stone crusher and Saw bench, run by the Glynn family.
These magnificent machines will amaze you with their power and size. 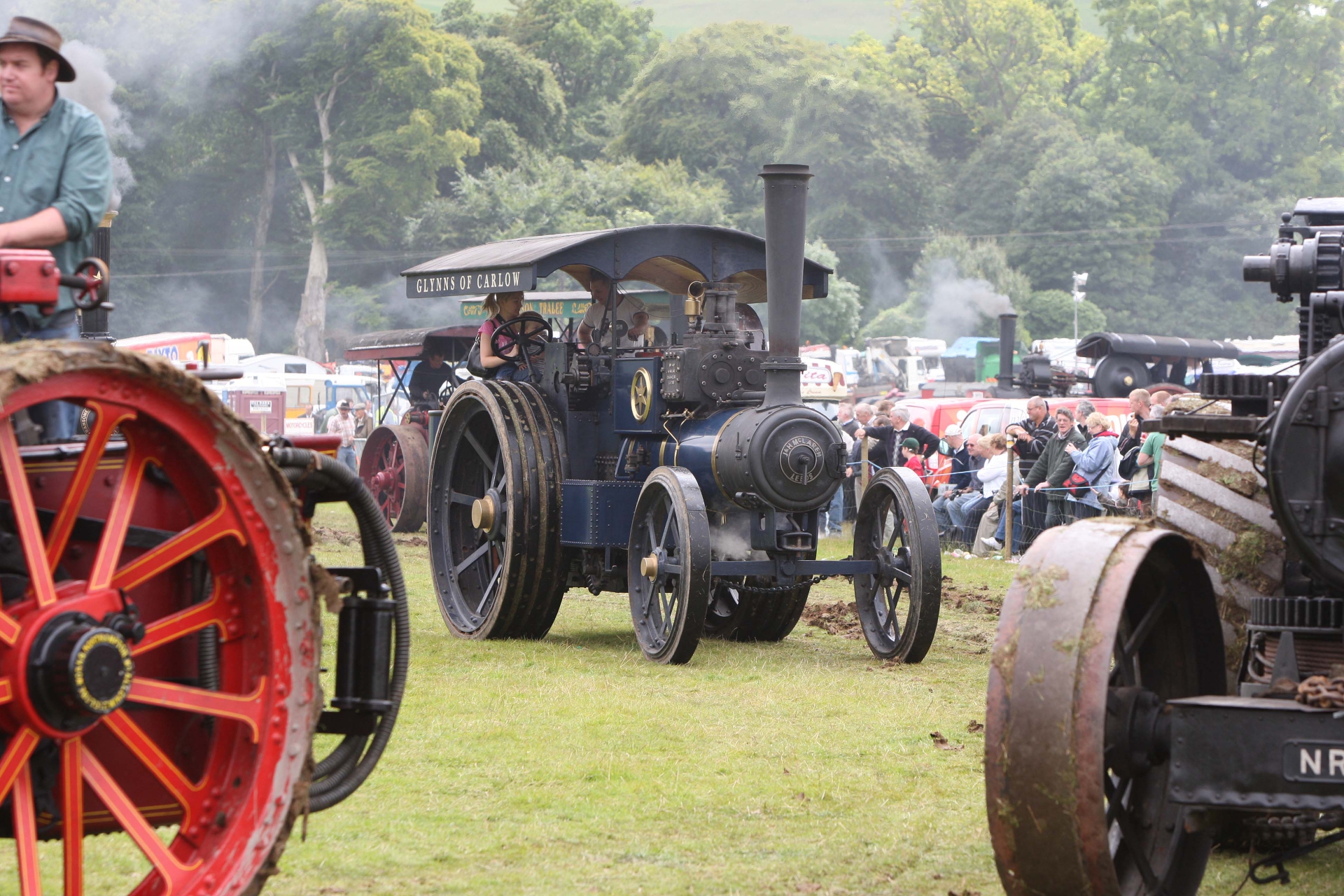 Other regular popular attractions include a sheepdog demonstration, a carnival, and auto-jumble, and trade stands.

An impressive collection of vintage cars and tractors will bring back many memories for older observers, as well as creating vivid new memories for younger visitors to one of the most celebrated shows in the country.

Joining the Stradbally Steam Rally for the first time this year are two brand new attractions, The Grass Lads and Dublin Falconry Birds of Prey.
The Grass Lads are a group of young under 12 men  from Co. Down in scale model farm machinery.
Come along and watch them do their thing in the grass arena. 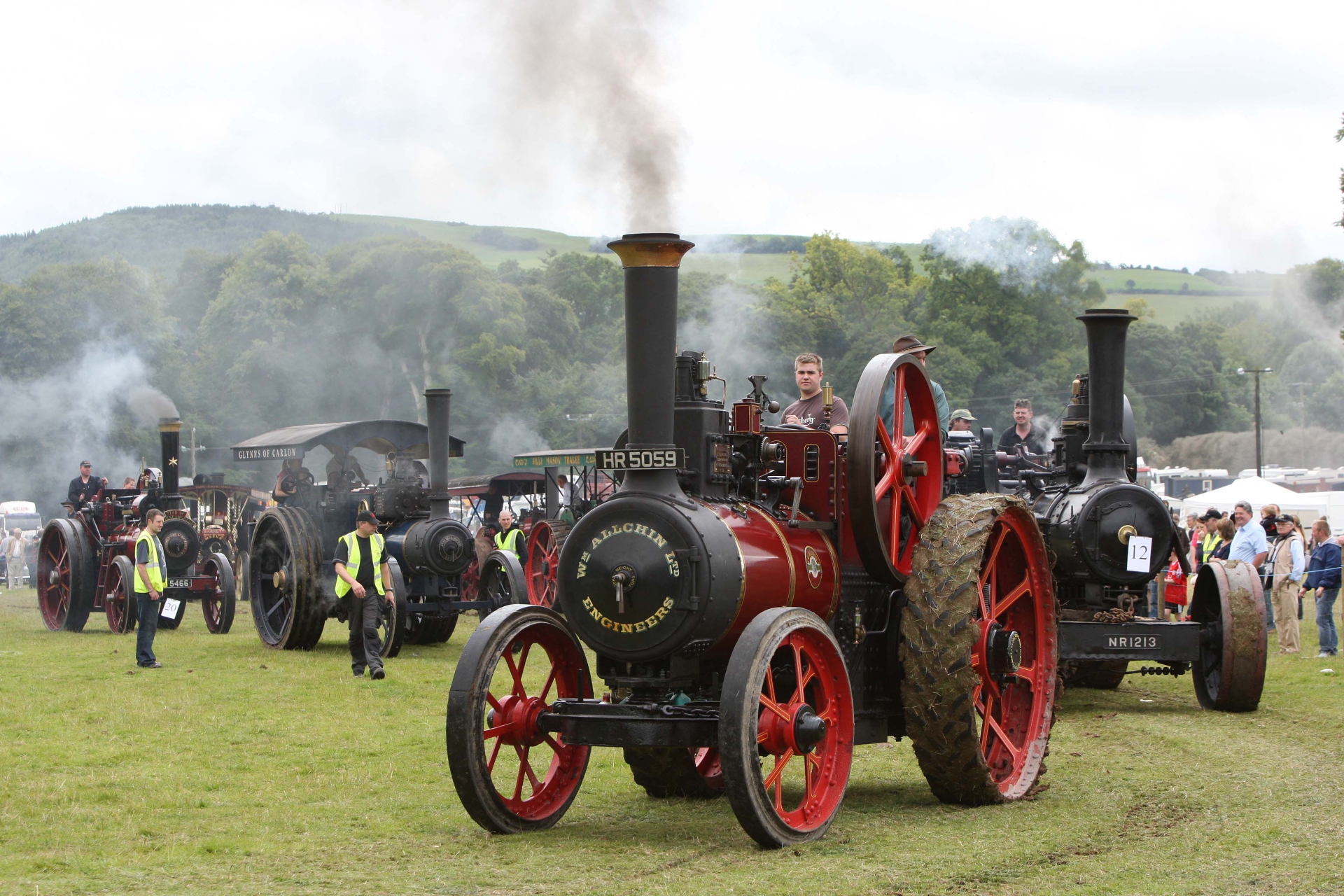 The Dublin Falconry are bringing down their birds for a static display, and a flying demonstration twice daily.
Due to their popularity and their warm welcome back to the Steam Rally last year, the MGA Ponies have been moved into their own arena.
They will provide displays and trials in their arena from 11am to 1pm and 3pm to 5pm each day.

As a new treat this year Napper Tandy's are bringing a marquee to the field.
Here people can enjoy breakfast from 9.30am and carvery lunch from 12pm, or just sit back and enjoy the live music.