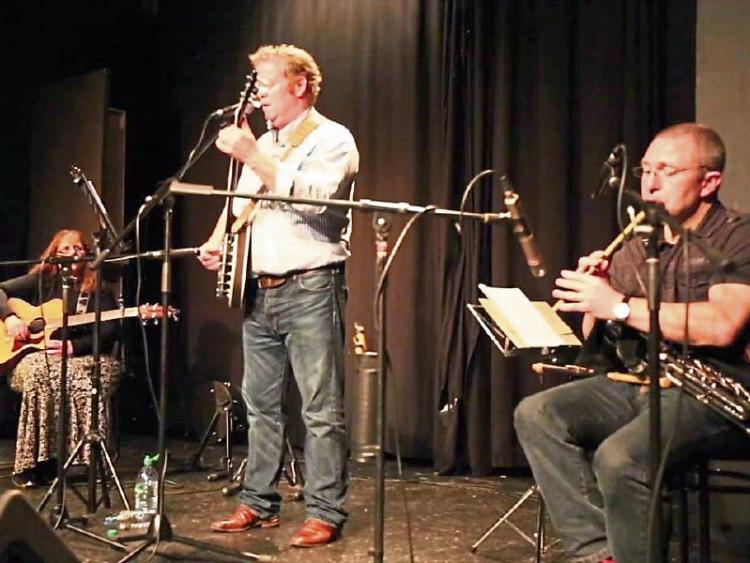 One of Laois’ brightest up and coming musical stars continues his ascendency in the world of folk music with a special concert in Athy this weekend.

Kevin Morrin, who lives in Ballylinan, Co. Laois, is fast becoming one of the most exciting folk and ballad singers on the scene today.

While he is firmly steeped in the tradition of Luke Kelly, the Clancy Brothers and others from that era, he covers a wide array of Irish Folk and Ballad material and is equally at ease with more contemporary ballads and folk songs.

Kevin’s range and versatility has thrilled capacity crowds already this year in the likes of the Dunamaise Theatre, The Moat Theatre Nass, and The Home Rule Club Kilkenny.

Added to this, a Main Stage appearance at the Fleadh in Ennis saw him play to a crowd of over 5,000 people.

An integral part of Kevin’s success is a well seasoned group of musicians which includes John Hosey on guitar and vocals, Vincent Crowley on piano, keyboard and vocals and legendary piper and whistle player, Brian Hughes.

This concert is sure to be a memorable night and is a must for all lovers of Irish ballads and folk songs.

Kevin and his multi-talented band will take to the stage in the Clanard Court Hotel Athy, this Sunday, September 17 at 8pm.

Tickets are available now from Winkles and the Gem, Athy.