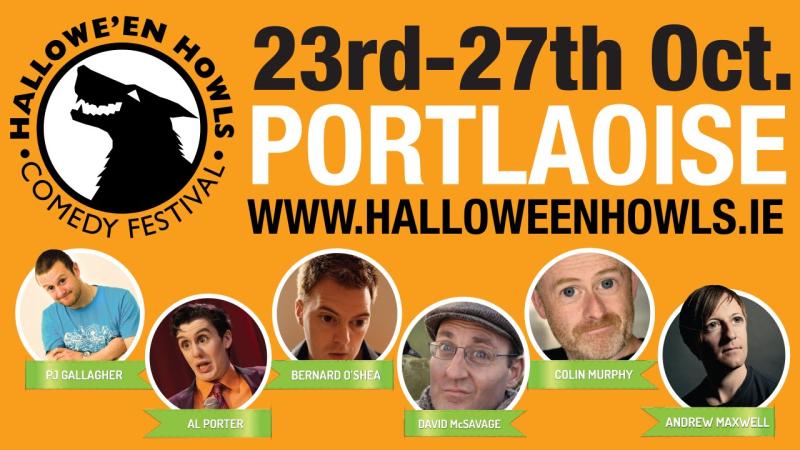 The Halloween Howls Comedy Festival has been cancelled for 2017.

The well-known festival had grown a solid reputation for bringing the biggest comedy acts in the country to Laois over the last number of years over the long Halloween weekend.

The four-day festival used to be jam-packed with comedy acts all concentrated on one weekend.

Luckily for any comedy lovers in Laois there are a number of new acts still coming to Portlaoise, they are just spread out over the coming months instead of one big weekend.

The Halloween Howls might be cancelled but Portlaoise will still see all of the best comedy performances from the likes of Reginald D. Hunter, Dermot and Dave from Today FM, Bernard O'Shea and Karl Spain, Neil Delamare, Jason Byrne, Alison Spittle, Fred Cooke, Eric Lalor, Chris Kent and more to be announced.

That is one huge line-up of comedy for Laois people to enjoy.

Organiser of the comedy festival, PJ Kavanagh, has apologised for any inconvenience caused however he is looking forward to bringing all the acts to Kavanagh's Bar & Venue and other venues in Portlaoise.

For details on tickets, times and dates of the acts see the Kavanagh's website here.