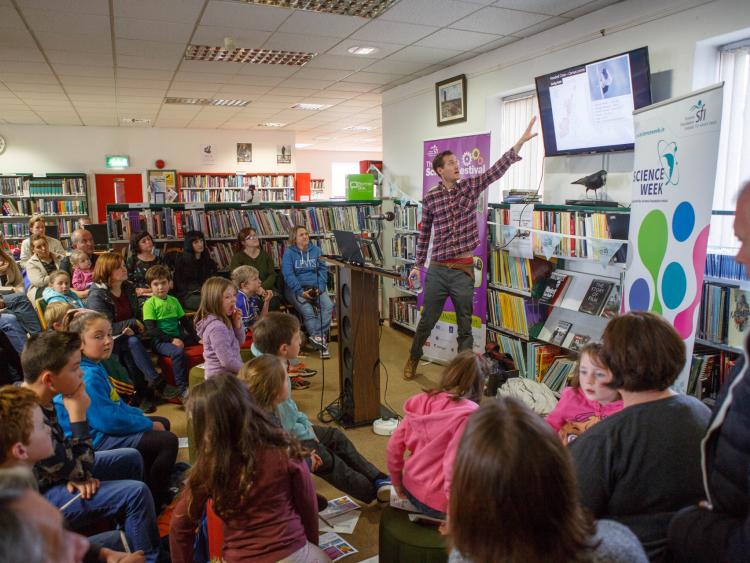 An informative presentation on the life of the humble crow has proved to be a surprise hit for a Laois birdman, and will be coming to Roundwood House in Mountrath as part of a travelling tour.

When ornithologist and wildlife expert, Ricky Whelan, set about researching and studying the behaviour of crows in a rookery at the Downs, Portlaoise in 2014 little did he know the nature of the public interest he was going to have on his hands.

The subsequent body of work and lecture entitled, ‘The Secret Life of Crows’ is being attended by surprising numbers around the country, even leading to queues and extra dates being added to cater for the demand.

Ricky delivered the lecture to science students in Athlone IT at the start of this year and as news spread he received a request from the BirdWatch Ireland Tolka Branch in Dublin to give the lecture as part of their autumn schedule in the Botanic Gardens in Glasnevin. Over 3,000 people confirmed an interest in attending the talk on social media.

“I was expecting a couple of dozen people to show up but there was a queue around the block an hour before the talk was even due to commence, the auditorium in the Botanic Gardens was packed to capacity and loads of people were turned away, so we had to reschedule more dates to meet the demand,” said Ricky who is pleasantly surprised with the new found favour for crows.

“Although crows are deeply embedded in our culture, mythology and everyday parlance – as the crow flies - they are not everyone’s cup of tea. Down the country they are often regarded as vermin and they are so plentiful they are often misunderstood. The Irish name for crows, préacháin, is sometimes even used as a pejorative term so it is a pleasant surprise to learn that there is a great deal of latent love in the room for the crow family. They are extremely intelligent and fascinating in their behaviour and hierarchy,” he enthused.

‘The Secret Life of Crows’ talk continues to draw the crowds and besides venues in Glasnevin, Naas and Wexford, will come to Roundwood House in Laois on Sunday, November 5 at 6pm.