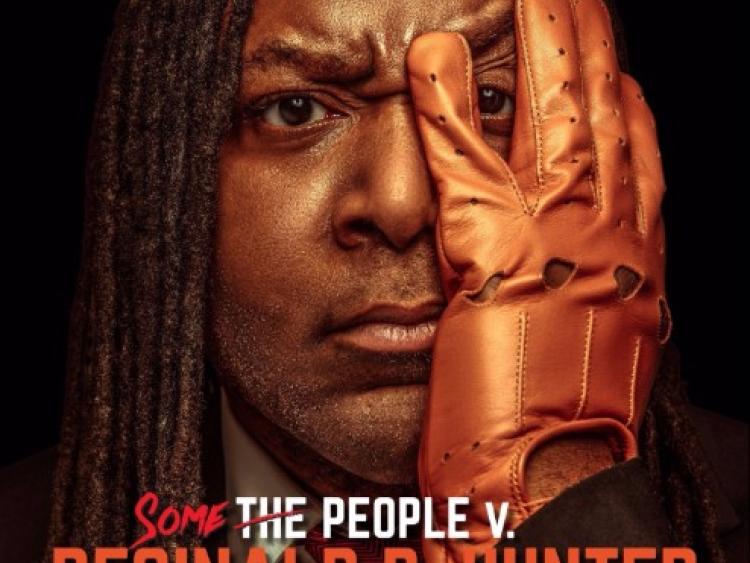 Reginald D Hunter makes his Laois debut at the Dunamaise Arts Centre this weekend with his highly anticipated brand new show following hugely successful and critically acclaimed tours across Europe and the UK.

Reginald’s searingly honest material has garnered him a popular fan base that spans the generations, with his distinctive take on subjects including race and sexuality.

His work can be brutally honest and is often considered to be controversial but it is always meticulously thought out and he has never been afraid to face challenging issues head on, even when the focus is on his own principles or beliefs.

He has become one of the UK comedy industry’s best-known performers.

The Leinster Express chatted to Reginald ahead of his visit to Portlaoise this weekend. We fired a couple of questions at him, here are the ones he was happy to answer!

What advice would you give up and coming comedians?

Take as little advice as possible those first few years, take time to discover in what way you are funny.

Have you been to Ireland before?

If I have it has been years and years, I want to live there, I like it very much.

What is your favourite part of your job?

I would have to say that moment that you try something new, something you thought of and you hear that laughter. That moment you prove yourself right in front of a few hundred people. That moment is sweet, it is the moment it connects. I don’t know if I have found a drug or a woman that felt better.

What are your comedy influences?

I like stupid stuff, I am embarrassed at my sense of humour, fart noises break me up. In my work I try to take on issues, there is a bit of goofy stupidness. I like a mix of Jack Benny, Redd Foxx, Bill Hicks, Eddie Murphy and Dave Allen, especially lately. Just genuinely cool, not trying to be cool or sexy cool. What makes humans comfortable in their own skin makes them sexy. That whole thing of wanting to put people at ease - I got that from my Dad, he is my biggest influence. He’s 92.

What can people expect from the show?

It’s pretty good, it’s been improving. My comedy brain has switched back on. Daddy’s going to have to pick some jokes to sit on the bench. I’m not going to promise what’s in the show, there’s no telling what Trump will have done by then. I am laid up with a broken leg watching the news. They can expect to be fairly entertained somewhat geopolitically. I have got one or two things I need to say to Ireland. I am hoping it won’t make ya’ll mad.

Gender politics, I have developed a persistent following of pseudo feminists. I have to proof read my logic so I can defend my position. One of my egos about my work is that I can show you the steps I took to arrive at this position , the benefit is that if I am wrong, I can see where and correct it.

My father taught me that there is nothing that cannot be resolved with 15 minutes of honest conversation.

Reginald takes to the stage of the Dunamaise at 8pm this Friday, October 27. Tickets are €26.