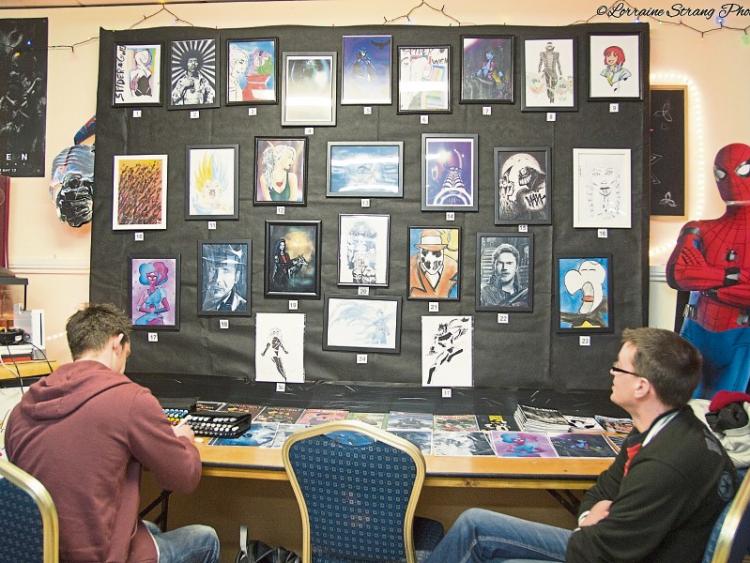 An exhibition of artwork by up and coming local talents in the colourful world of comicbooks was held recently in the Celtic Comics store on Railway Street.

Six local artists were chosen from the exhibition to appear on a newcomer panel at Celtic Con Comic Convention in June, highlighting new comicbook talent.

David Butler was one of the judges, illustrator of the recent graphic novel ‘Shackleton - The Voyage of the James Caird’.

Also lending his expert eye to the artwork on display was Gareth Luby, who has just been nominated for best Irish published artist, by Irish Comic News.