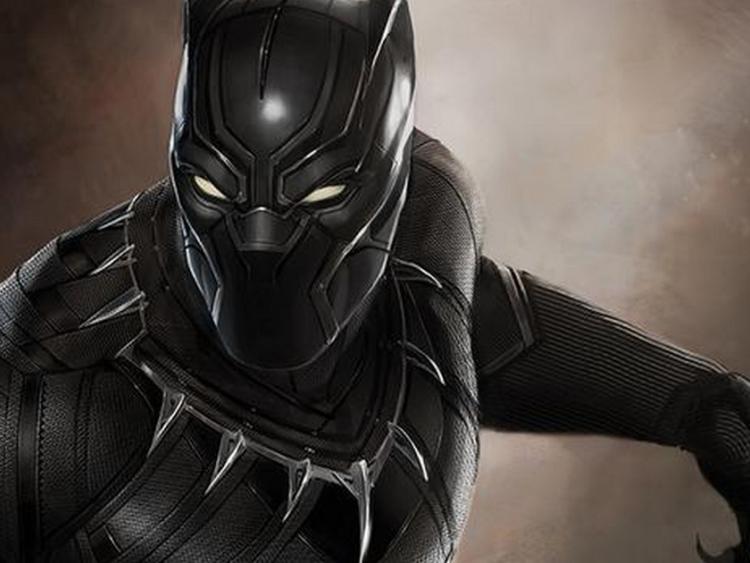 Hail to the king: Black Panther in action.

Pouncing onto the screen from the pages of the popular comic series created in 1966 by industry legends Stan Lee and Jack Kirby, Black Panther is the first African-American fronted popcorn flick from Marvel Studios and more than any of their previous offerings arrives groaning under the weight of identity politics expectations.

Certain factions of the liberal media have come close to suggesting that a film detailing the fictitious frivolities of an African king dressed up as a big cat is somehow culturally comparable to MLK’s ‘I have a dream’ speech or Rosa Parks refusing to give up her bus seat, but it’s only by leaving your ideology at the door that the film can be enjoyed for what it is, an enjoyably daft piece of superhero escapism.

As newly crowned monarch and superpowered protector of Wakanda, a technologically advanced African nation built on the utilisation of the precious metal vibranium - the same material used for Captain America’s shield - T’Challa (Chadwick Boseman) has the dual hardships of running a country and exorcising his father’s ghost to contend with, the spectres of filial guilt and ancestral duty haunting his heart. His true battle comes, though, when he is challenged to the throne by his estranged cousin, an ex-special ops American soldier with the colourful moniker Killmonger.

Killmonger is aptly named, for not only does he pose a lethal threat to all unlucky enough to cross him, but in the swaggeringly charismatic form of Michael B. Jordan Marvel have finally managed to kill off the rotten run of lacklustre big screen bad guys that have plagued the studios’ extended cinematic universe.

His cold-blooded killer is fully fleshed in muscular menace with a bitter backstory of familial betrayal, while his plans to share Wakanda’s high tech weaponry with oppressed black communities around the world is not just passionately motivated but verging on the justifiable. The black power yearnings of his proposed global uprising even manage to tip an armalite in the direction of the lead character’s eponymous historical civil rights origins.

Stan Lee’s superhero factory has only been churning out movies since 2008’s Iron Man, but if has long looked as though the formula for a Marvel movie was brought down by a fanboy Moses from God’s own comicbook shop on the top of Mount Sinai so immutable has the three-act structure of ‘humbled hero learns to be the best to overcome his mirror-image nemesis’ been adhered to. Recent disco queens Thor: Ragnarok and Guardians of the Galaxy Vol. 2 shook off the dust a little with some interplanetary zaniness and welcome humour, but for the solo debut of their first black superhero it’s back to the archetypal mould for another trial and tribulations origin story.

Thankfully, though, it’s all enormous fun, sampling riffs of Shakespearean pathos with a liberal dose of monkeyshine visuals and cartoon violence.

Black Panther is in cinemas now.