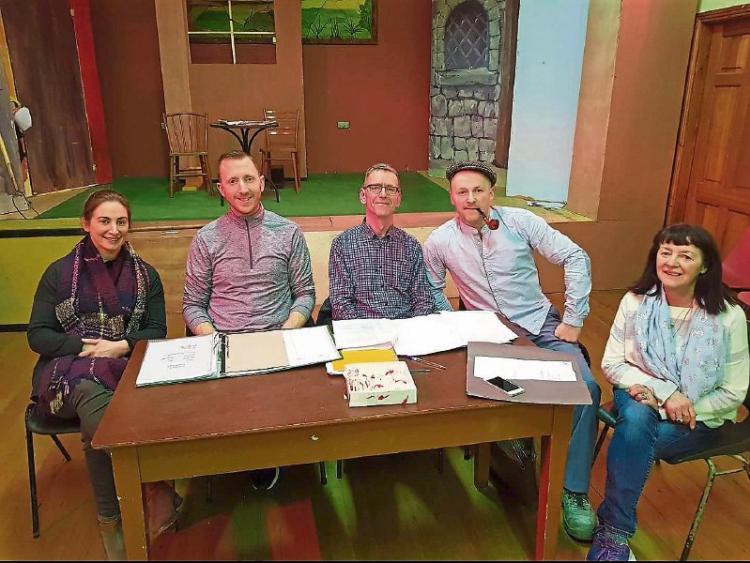 The Little Bog Theatre Group from The Heath are preparing for their first ever performance this week, as they stage 'Spreading The News' on Thursday and Friday night.

The group, which were founded just before Christmas, are based on The Heath, and are named after the local lake. Director of the group is Michael Fahy, and he has assembled a cast of eleven for their debut feature, with a mix of experienced and first-time thespians.

'Spreading The News' is a one-act comic play written by Lady Gregory for the opening of the Abbey Theatre in 1904. It is story of an English magistrate who arrives in a small, rural Irish town to inspect stalls at the local fair.

A misunderstanding occurs, and gossip soon spreads throughout the town leading to dire (and hilarious) consequences.

Huge interest locally has seen the two-night run of the show all but sell out, as the area sees the return of a drama group on The Heath for the first time in years.

The Little Bog Theatre Group have attracted all ages and backgrounds, from footballers in their twenties to grandmothers in their sixties.

The shows will be staged in the old Heath Hall, beside the church, at 8pm and the group would like to thank their sponsors for their support.