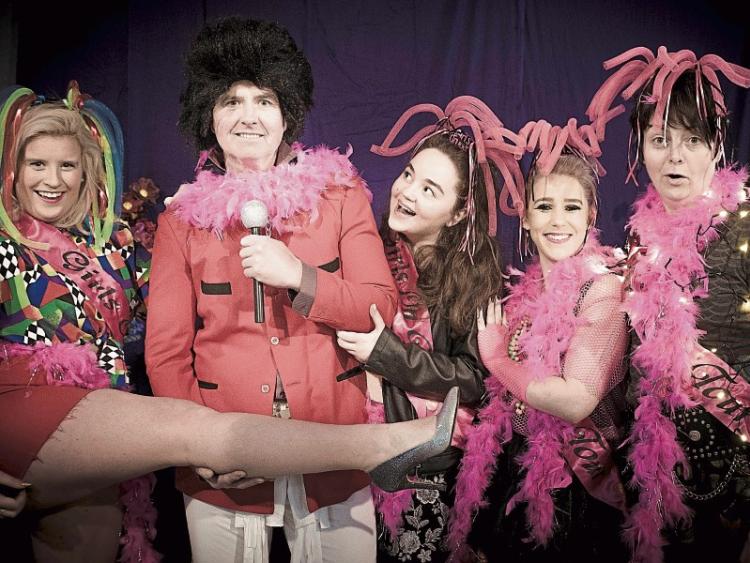 If forewarned is forearmed, then this foreword may help you foregather later in March in the Mountmellick Arts Centre for 'The Inspector'.

The Forecast is promising as we give you’re a foretaste of this cracking new show from the pen of Ballyfin playwright, Frances Harney.

Set in a small midland town, Timmy and Willie Dooley are renovating their hotel.

Pierre Phillipe, assisted by handyman Dmitry, is under pressure to complete the project as the county IFA conference is booked in for the weekend. Local patrons along with hotel guests and unexpected callers complicate matters.

The script is written, the lines learned and the set under construction. Even the costumes for the incredible thirty-nine characters who populate the stage for “The Inpector have been chosen.

We foretell with certainty that 'The Inspector' will be at the forefront of situational, physical and verbal comedy.

Tickets at €10 each, can be purchased from Ballyfin National School, The Deadman’s Inn, Ballyfin, O’hÓráin’s Shop, Mountmellick or by contacting members of Ballyfin Parish Council or Ballyfin Athletics Club.

“ We hope you will have the foresight to get your tickets early for what is forecast to be a sell-out production.”

Funds raised will go to Ballyfin Parish and Ballyfin Athletics.

The show has been received support from Laois County Council and Ballyfin House Hotel.

The play will be staged at 7:30pm on the 23rd and 24th of March in the Mountmellick Arts Centre.