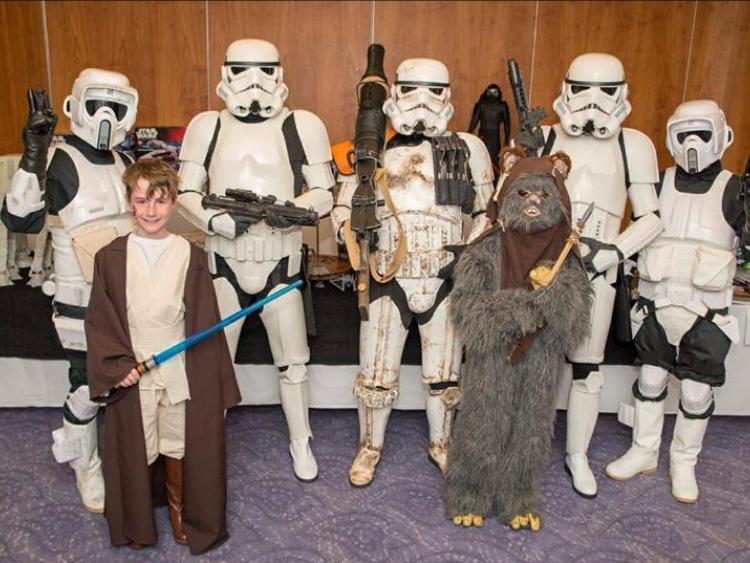 The Leinster Express has teamed up with Celtic Comics in Portlaoise to offer our lucky readers a chance of winning free tickets to the Cosplay ball taking place this weekend.

Fantasy fans can have fun while dressing up as their favourite comicbook or sci-fi characters at the Cosplay/Geek ball taking place on Friday, March 23, at O’Loughlins Hotel on Portlaoise Main Street.

The ball is a special fundraiser for this year’s Celtic Con - Ireland’s Midland Comic Convention, a weekend of superpowered superheroics and fantasy escapism that will descend on Portlaoise for two days in June.

The kids disco for U12s takes place from 4pm to 7pm this Friday, with a trophy for best costume. The adults ball will begin at 9pm, with the fun expected to rock on into the wee hours until around 3am. Teens under 18 need to be accompanied by an adult, parent or guardian.

We have two pairs of tickets for the adult ball up for grabs, so to be in with a chance of winning simply like and share this post on our Facebook page at https://www.leinsterexpress.ie/news/whats-on/303650/tickets-for-the-cosplay-ball-in-portlaoise-up-for-grabs.html, and why not tell us in the comments below the post what character you intend dressing up as?

The winners will be announced on Thursday evening, so enter the competition now.