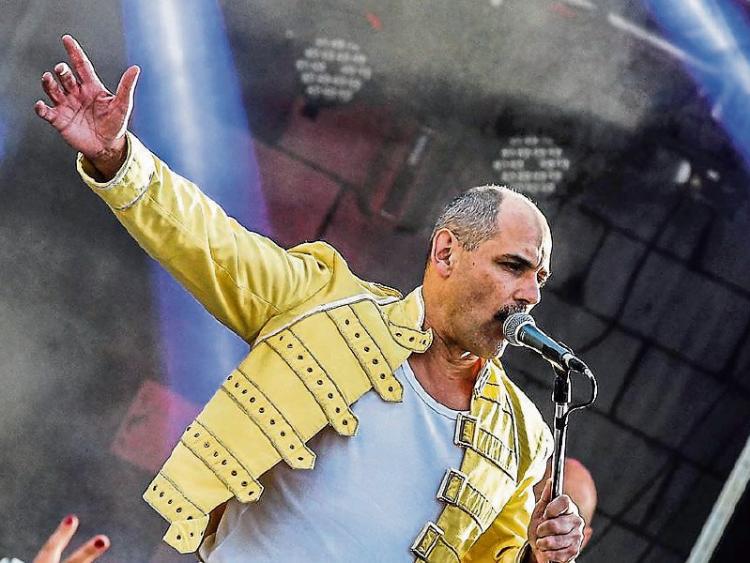 It’s a kind of magic in Portlaoise next week, when ‘Flash Harry – A Celebration of Queen’ comes to the stage of Kavanaghs.

Audiences will see the band rocking out Queen's greatest hits from Radio Gaga, We Are the Champions, to Bohemian Rhapsody and everything in between.

Quite simply it's live music entertainment at its best.

The band Flash Harry has been celebrating the music of Queen for over 20 years. These days to carve out a career of that length and sell more tickets now than at any time their history proves that this band can deliver.

Their track record speaks volumes for the quality of the performances, quality and sheer entertainment value of their Show.

Their own-style ‘The Magic of Queen - Rocked Up and Classical’ show, incorporating a 64-piece orchestra and 40-voice choir, filled one of the biggest venues in Ireland, Belfast's Odyssey Arena, to capacity on three separate occasions, earning the guys their place in Irish rock music legend.

After an amazing non-stop 20 years delivering unforgettable shows in top notch venues, the reason for Flash Harry's success is simple, it's a show of hit after hit, delivered with the very essence of live performance: energy, enthusiasm, talent, passion and pure showmanship.

Flash Harry are five musicians who love to perform. It is not about recreating the exact sights or sound of Queen; it's about creating the excitement, energy and spectacle of a live show.

The audience feeds of the performance just as much as the band.

It is the catalogues of songs are the real stars of this show and they are performed with a love for the music by a band guaranteed to deliver.

The music of Queen is universal in its appeal, and has been the soundtrack of the last 40 years.

Rarely will a show reach across generations and deliver as much as Flash Harry - a celebration of Queen.

Flash Harry - A Celebration of Queen comes to Kavanaghs at 9.30pm on Friday, April 13.