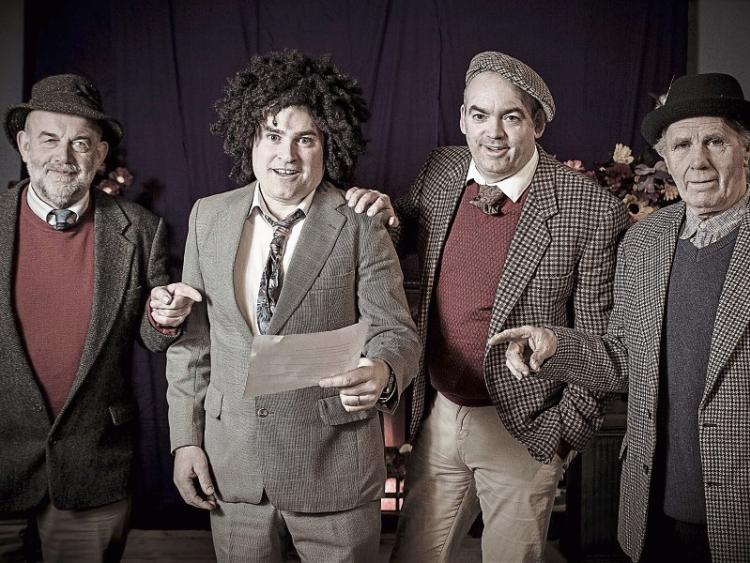 Laois theatrical thespian Frances Harney has extended her thanks to all who made the recent staging of her play The Inspector in a big success.

The play was staged recently at the Mountmellick arts centre attended by 900 people.

"Heartfelt and enormous thank you to all the boys and girls, men and women, young and not so young who turned out in their hundreds, to giggle, chuckle and howl aloud, proving that comedy is a universal language. A huge positive energy shared by cast and audience oozed happiness and vitality," said Frances.

The writer and director, said that success was only possible when actors and audience join together in the 'make believe', and allow the text to live. She thanked the cast and crew for their belief and commitment, Michael Burke , Ann Tilson, Dan Hooban and Ron Lawor for all the "unsung but essential" elements of the production.

She also thanked Mountmellick Arts Centre, Ballyfin Parish Council and Athletic Club, everyone who helped advertise the show, Jim Lawlor video and everyone who provided transport, props or costume items.