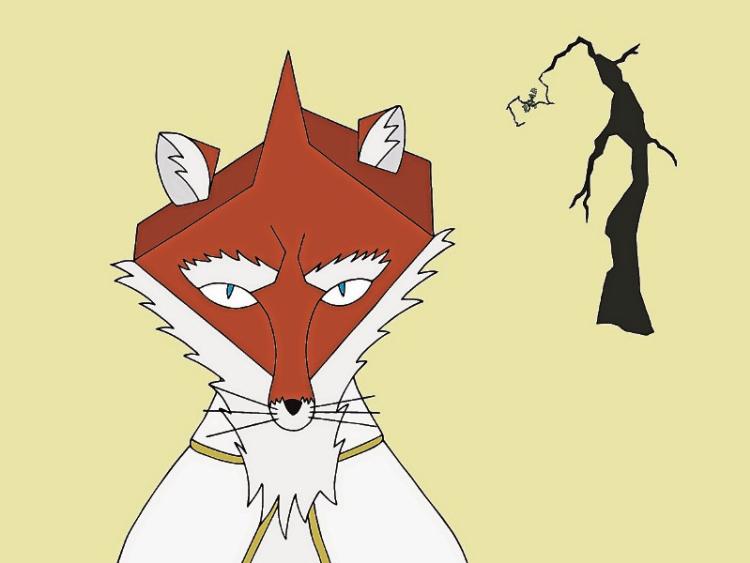 A unique exhibition of work by a literary Laois artist inspired by the phantasmagorical prose of James Joyce comes to the Laois Arthouse this June.

Illustrating Joyce’s Finnegans Wake will showcase the artwork of Thomas McNally, exploring his own visual take on the verbal magic of Joyce’s most unwieldy masterpiece.

Laois artist McNally has been working on interpreting Finnegans Wake for the last seven years and has published two books of his illustrations with The Lilliput Press (in 2014 and 2018). Both of these books are illustrated editions of the two fables that appear in Finnegans Wake. The first is The Ondt and the Gracehoper, Joyce’s re-telling of Aesop’s ‘The Ant and the Grasshopper’; and the second is The Mookse and the Gripes, Joyce’s version of Aesop’s ‘The Fox and the Grapes’.

The exhibition at the Arthouse in Stradbally will consist of McNally’s illustrations of these fables.

The drawings and paintings on display will offer visitors a unique perspective on the often bizarre – but always hilarious – world of Joyce’s later writing.

McNally’s illustrations strive to capture the humour that is at the heart of Finnegans Wake, and his child-like and colourful illustrations make Joyce’s literary achievement accessible to a much wider audience.

Illustrating Joyce’s Finnegans Wake will run at the Laois Arthouse in Stradbally from June 2 to June 29 this year. The official launch will be at 1pm on Saturday, June 9, 2018.