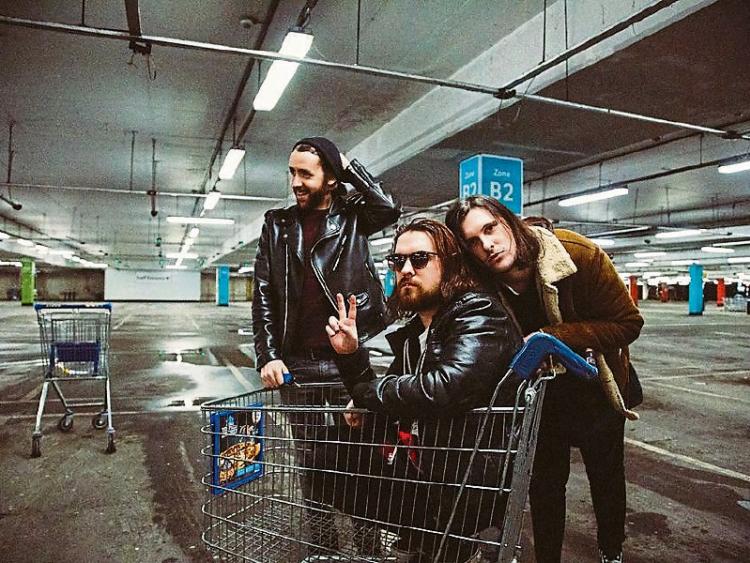 Dublin-based trio Fangclub will be taking to the stage of Kavanaghs in Portlaoise this weekend.

Fangclub swiftly caught the attention of a major label with a grunge revival all of their own. Kevin Keane (bass) and Steven King (guitar and vocals) were school friends and spent their teens playing in bands together in their home town of Rush, North County Dublin.

Their debut album charted in Ireland at no.5 and received a nomination for Choice Prize Album Of The Year.

On the live circuit, Fangclub have also supported bands such as Pixies, Muse, Biffy Clyro, Nothing But Thieves, The Cribs, Swmrs, Frank Carter and Milk Teeth while also cutting their own teeth on a string of relentless headline tours and festivals, with no signs of slowing down.