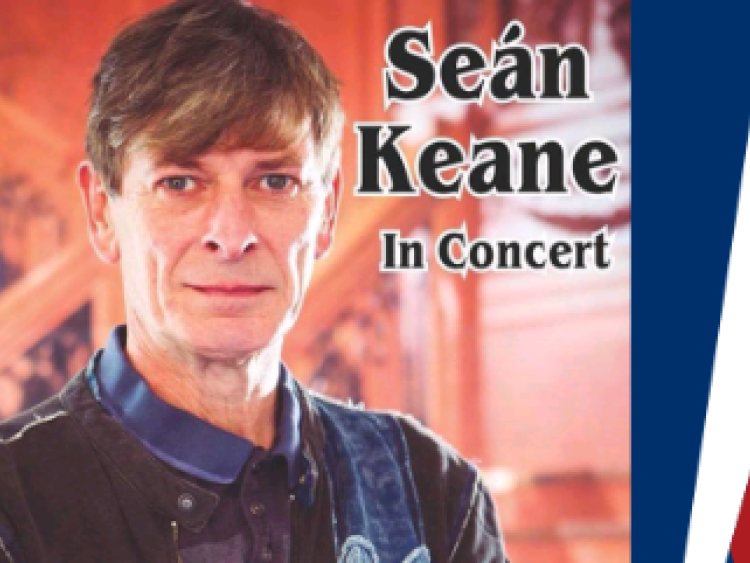 Traditional Irish, folk, country and blues star Seán Keane is set to play an upcoming gig in a beautiful setting in Laois in aid of a great local cause.

Keane’s unique style and unforgettable voice will ring out at the Donaghmore Workhouse in Rathdowney, Co. Laois.

Growing up in a family of singers and musicians, Seán learned the sean-nós style of singing from his mother and his aunts.

Singing was his life, even in early childhood; by the time Seán reached his teens, he had collected thirteen All-Ireland medals in Fleadh Cheoil competitions. He was by then an accomplished whistle and flute player as well and had taken up the uilleann pipes and bodhran.

When he joined his first group, `Shegui`, he had already served a long apprenticeship; after travelling throughout Europe with the band, he left to join `Reel Union`, a group which also featured sister Dolores and accordion player Máirtín O`Connor. Later, he was part of `Arcady`, with such well known names as Johnny `Ringo` McDonagh, Sharon Shannon and Frances Black.

All of his solo albums are platinum sellers and remain in constant demand.Six solo albums later, Seán Keane continues to delight audiences all over the world with his live performances and recorded work. He tours regularly with his band in Ireland, Austria, Germany, the US and Canada as well as appearing at major festivals world-wide.

The magical night of music with Sean Keane will take place on Saturday, May 5 at the Donaghmore Workhouse in Rathdowney and it is not to be missed.

Proceeds on the night will go to Rathdowney Tidy Towns, for ticket sales contact Carmel, 0872972305 or on ticketweb.ie.