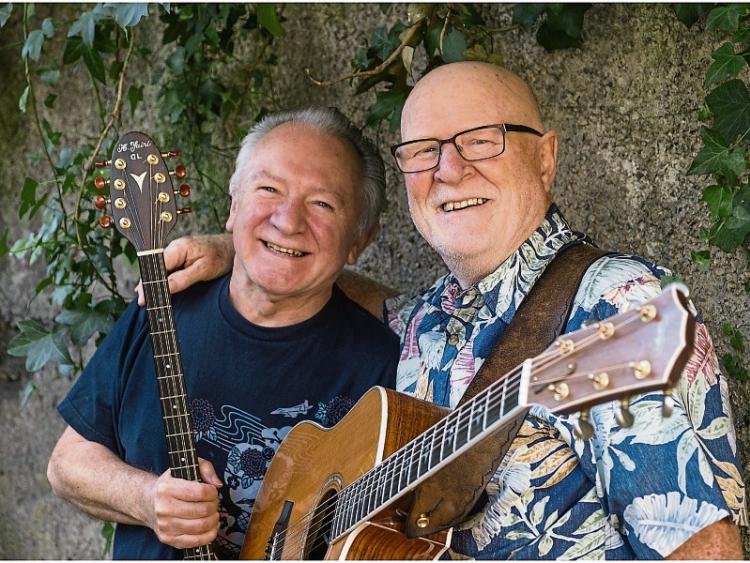 Dunamaise Arts Centre is delighted to welcome Mick Hanly and Donal Lunny to its stage for one night only this weekend.

It was inevitable that two stalwarts of the Irish music scene, whose careers have intertwined many times over the last 45 years would sooner or later emerge in the guise of a musical duo.

The combination of songwriter Mick Hanly and multi-instrumentalist and composer Donal Lunny is a marriage made in musical heaven.

Both have honed their musical skills to perfection and play with a freshness and enthusiasm that belies their years on the road.

In the 70s Lunny produced Hanly’s two folk albums, the much loved Kiss In The Morning Early and As I Went Over Blackwater for Mulligan Records.

After his departure from the ground breaking Planxty, he went on to found and fronting the hugely influential Bothy Band.

Meanwhile, Hanly clocked a huge success in the US with ‘Past The Point Of Rescue’. Recorded by Hal Ketchum, it picked up a 3rd BMI award in 2002 for 2 million plays on American radio.

Now the two veterans are taking to the road around the country this May with their date on Friday, May 18, in Portlaoise so be sure and catch them.