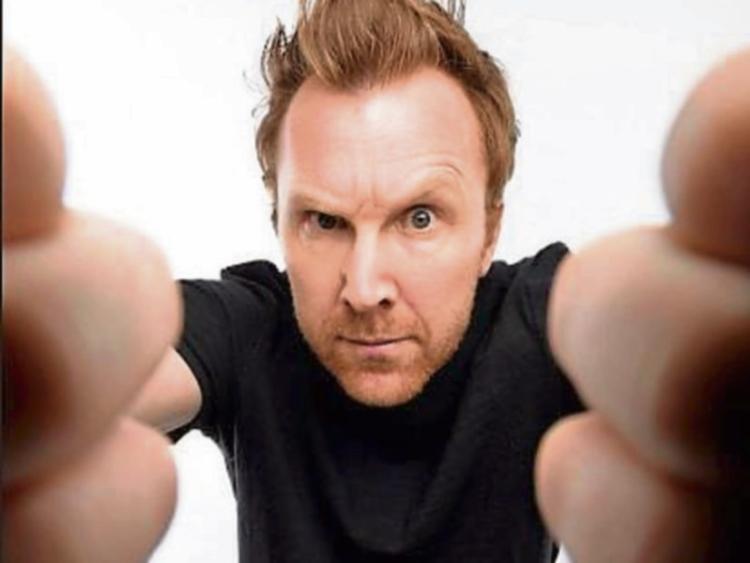 ‘The Man With Three Brains’, the brand new show from the highly acclaimed and extremely funny Jason Byrne, comes to the Midlands Park Hotel this weekend.

Jason has three brains which kick into action when he hits the stage. His left brain scans the audience and room, looking for improv moments. His right brain collates stand-up material and stunts, poised to dish out the funnies at speed. His centre brain is Jason’s coach, pushing him to the limit.

This show will peel back the madness inside Jason Byrne’s head to reveal all three brains working individually. The fastest thinking comic around will not only trip himself up, but probably you too.

It’s been a busy few years for Byrne. In addition to his extensive touring worldwide, his Radio 2 show was awarded the UK radio industry’s prestigious Sony Radio Gold Award. As well as fronting a brand new studio based comedy chat show Jason Byrne's Snaptastic Show for TV3, he is co-host of Sky’s Wild Things on Sky1.

‘The Man With Three Brains’, presented by Kavanaghs Comedy Club, comes to the Midlands Park Hotel this Sunday, May 27, at 8.30pm.