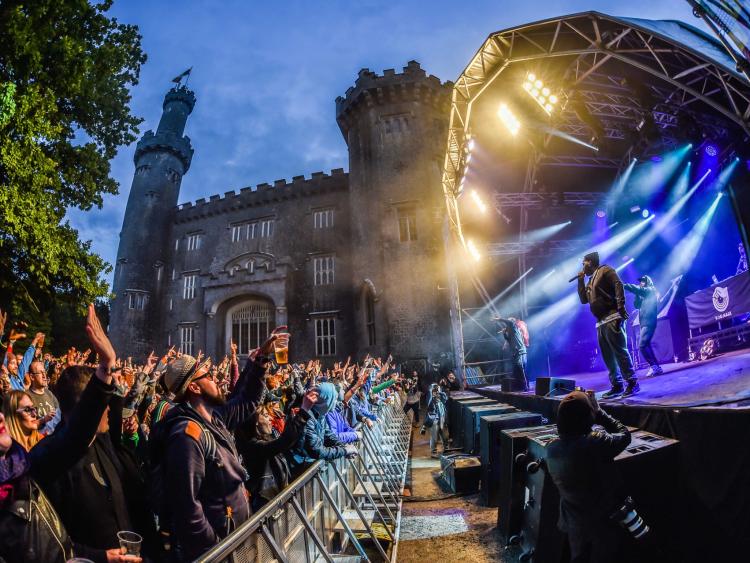 The stage times for Castlepalooza Festival has been announced.

The three day camping festival takes place on Friday, Saturday and Sunday, August 3, 4 and 5 in Charleville Castle in Tullamore.

Headline acts include All Tvvins, Detroit Swindle, New Jackson, Pins and Space Dimension Controller while Rubberbandits lead the way for the comedy lineup. 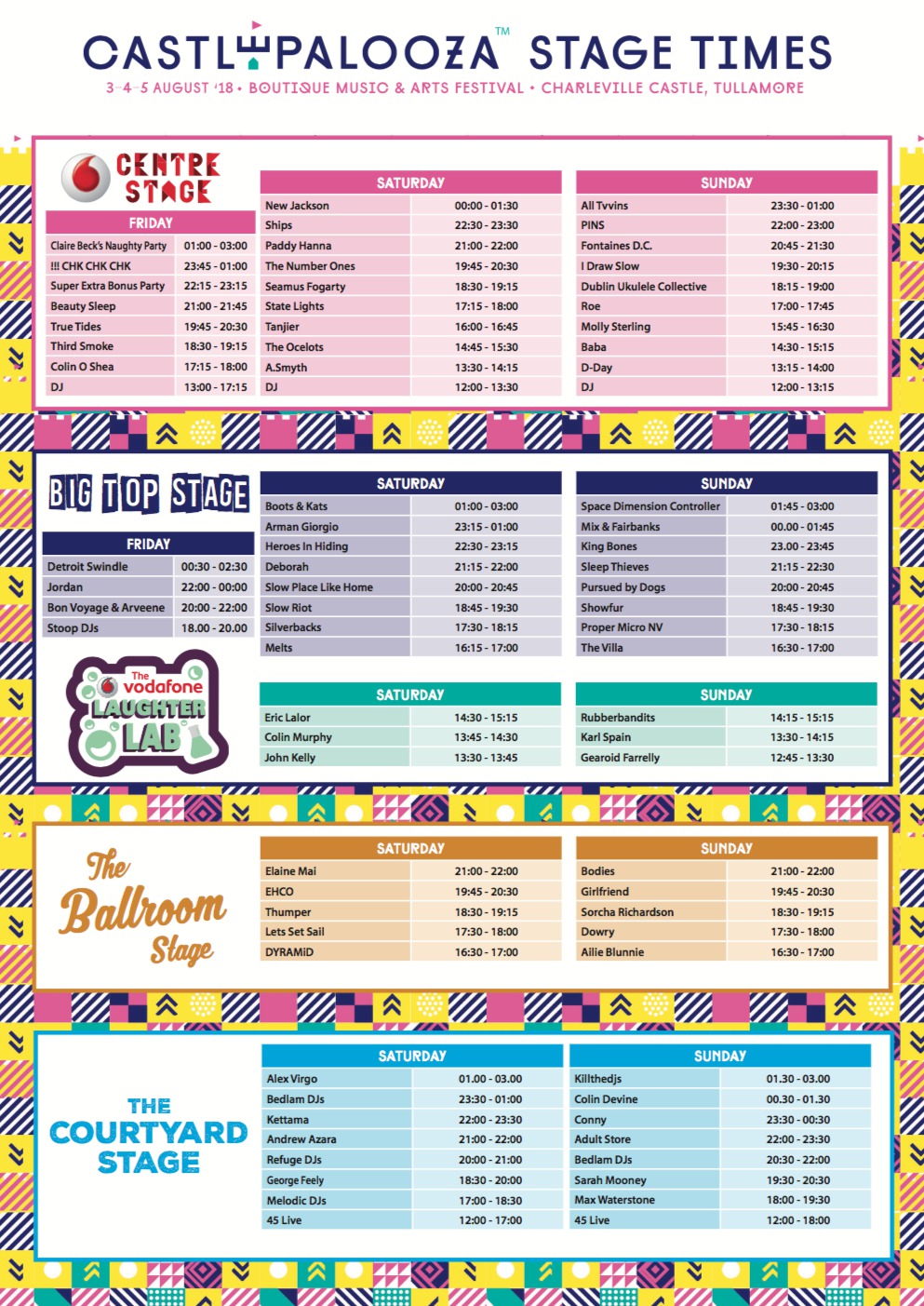 Don't miss out on Castlepalooza this August bank holiday weekend, tickets are available at https://t.co/AppPOY67oz pic.twitter.com/OLtVsufWci