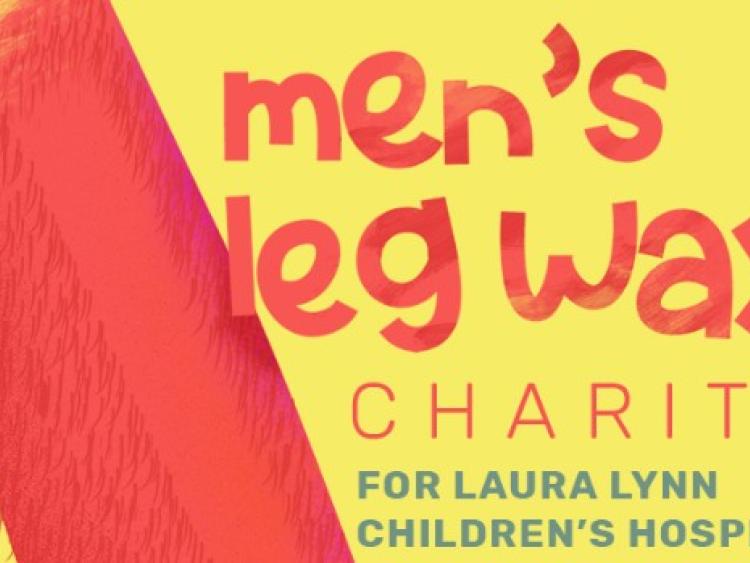 Five well known Laois men have pledged their support to the LauraLynn Children's Hospice by signing up for a charity men's leg wax fundraiser.

The waxing night will take place in Portlaoise and has been organised by Martin Casey and Luke Tritschler who will cycle from Paris to Nice to raise funds for the LauraLynn Children's Hospice.

As parents of young children, they wanted to do something to support families who were facing the unimaginable situation of caring for a seriously ill child.

LauraLynn, as Ireland’s only children’s hospice, was the obvious choice for them to support and one that they are passionate about.

This year they also decided to organise a men's wax in Jeremiah Grant's in Portlaoise.

They have some fantastic well know Laois men who have stepped up to endure a hot wax in front of everyone at 9pm on Saturday, August 25 for LauraLynn.

There will be music, fun and laughter on the night as these brave men go under the hot waxing strips in a bid to raise funds for LauraLynn Children’s Hospice.

If you would like to donate, sponsorship cards are available in Jeremiah Grants, Coco’s Shop on the Borris road or contact Rachel Cooke on 0862745658.

Donations on the night or online here.