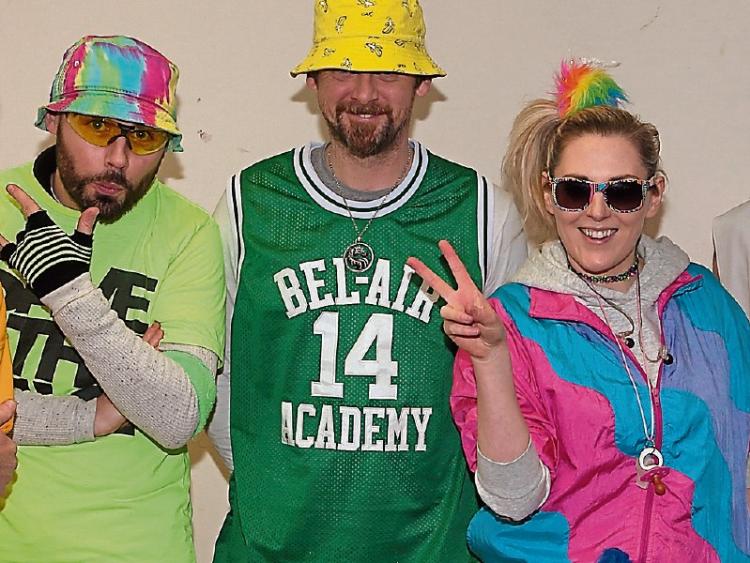 Musical nostalgia act Smash Hits! will be recreating the ‘90s this weekend in Kavanaghs of Portlaoise.

Smash Hits! are a unique, entertaining tribute to the golden era of early ‘90s dance, pop and R‘n’B.

This Dublin six-piece is comprised of experienced musicians performing the best of classic 90s tracks from acclaimed artists such as Vanilla Ice, MC Hammer, House of Pain, Take That, Spice Girls, Haddaway, Prodigy and Snap, amongst others.

Fully decked out in 90s outfits and possessing an energetic set overflowing with chart hits, Smash Hits! are a throwback to a feel-good time of old skool nightclub DJs, all-night raves and packed out dancefloors.

Since bursting onto the club scene in May 2009 the band have sold out shows all over Ireland, performed at Oxegen and Electric Picnic, and gone down a storm across Europe.

Smash Hits! have residencies in many of the finest venues around Ireland. They have regular sell-out shows in The Button Factory, The Academy and The Sugar Club in Dublin, Crystal in Waterford, The Garavogue in Sligo, Langtons in Kilkenny, The Dinn Rí in Carlow, Brubakers in Dundalk, Electric Ballroom in Drogheda, Voodoo in Cork … the list goes on.

Smash Hits! have appeared on bills across Ireland with acts like 50 Cent, MGMT, 5ive, S-Club, Faithless, Wheatus, Orbital, The Saturdays, The Coronas and 2Unlimited.

Smash Hits! will play Kavanaghs at 9.30pm on Friday, August 24. Tickets are available now, see the venue website at www.kavanaghsportlaoise.ie.