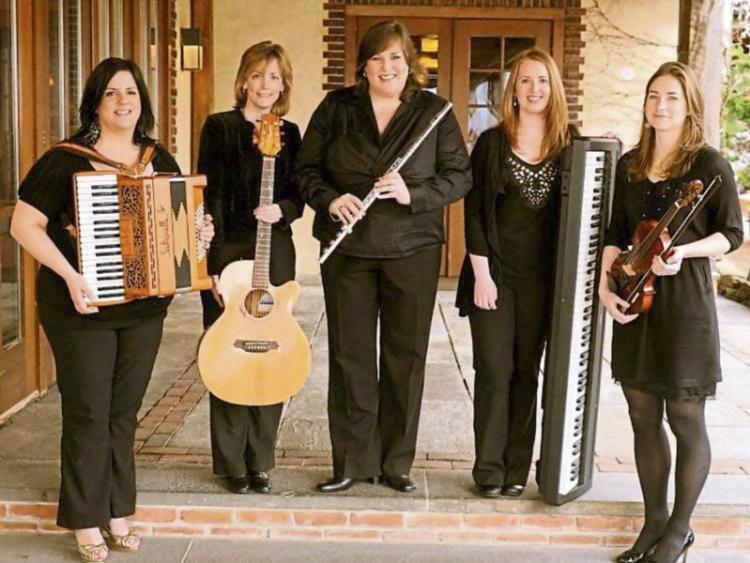 The Grammy-nominated, Irish-American super group Cherish the Ladies, who for more than three decades have toured the world and recorded 17 critically acclaimed albums, will be playing the Dunamaise Arts Centre this weekend.

This long-running, Grammy- nominated, Irish-American super- group was formed in New York City in 1985 to celebrate the rise of extraordinary women in what had been a male-dominated Irish music scene and for more than three decades, these women have toured the world, played the White House and the Olympic Games and recorded 17 critically acclaimed albums including their latest release, ‘Heart of the Home’.

Heart of the Home is a riveting live show that includes a spectacular blend of virtuoso instrumental talents, beautiful vocals, captivating arrangements and stunning step dancing guaranteed to have the audience singing, clapping and tapping its feet as they are regaled with heart warming and hilarious stories from leader and front woman Joanie Madden, an All-Ireland flute and whistle champion named by The Irish Voice Newspaper as one of the Top 25 Most Influential Irish Americans of the past quarter century.

The show stages this Saturday, September 15, at 8pm.