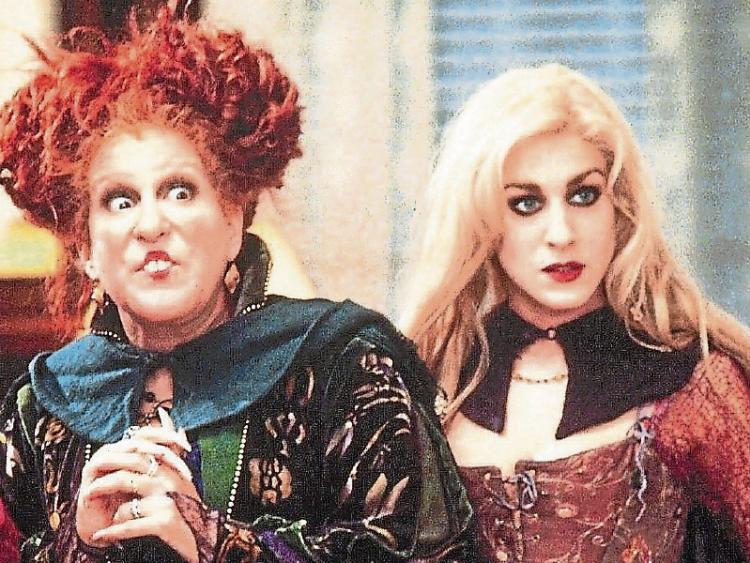 Much maligned upon its release in 1993, but subsequently reappraised as something of a forgotten classic, the Disney film ‘Hocus Pocus’ is being shown at Mountmellick Arts Centre this Halloween.

Come along on Wednesday October 31 for a spooky fun filled family friendly afternoon for a special Halloween screening of the film at 3pm.

In the film, after moving to Salem, teenager Max Dennison (Omri Katz) explores an abandoned house with his sister Dani (Thora Birch) and their new friend, Allison (Vinessa Shaw). After dismissing a story Allison tells as superstitious, Max accidentally frees a coven of evil witches (Bette Midler, Sarah Jessica Parker, Kathy Najimy) who used to live in the house. Now, with the help of a magical cat, the kids must steal the witches' book of spells to stop them from becoming immortal.

At the screening in Mountmellick, there will be prizes for the best dressed before the Trick or Treating even begins.