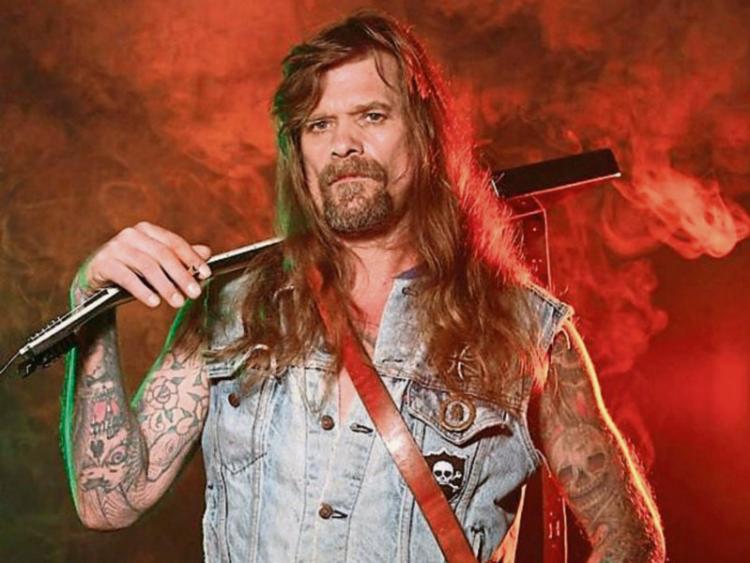 The legendary guitarist Chris Holmes brings his No Limit Tour 2018 to the stage of Kavanaghs this weekend, with his band Chris Holmes Mean Man.

The heavy metal guitarist and songwriter best known as the lead guitarist of heavy-metal band W.A.S.P. is an unstoppable musical force.

The American heavy metal guitarist and songwriter started his musical career in the Pasadena, California area in the late 1970s and early 1980s.

Best known as the ‘Mean Man’ of W.A.S.P., Chris Holmes made his name as the iconic blonde bomber who not only provided the ripping leads to, but co-wrote such 1980s’ classics as ‘Wild Child’ and ‘L.O.V.E. Machine’.

Anyone who needs convincing on just how fantastic Holmes was back in the day, need look no further than ‘Thunderhead’, a high-water mark from his former outfit’s 1988 release ‘The Headless Children’, it remains an awe-inspiring piece of metal melodrama, filled with guitar licks that burst with skill, polish, refinement and finesse.

Holmes first re-emerged back on the metal scene a little over five years ago, launching a solo career that saw him take on lead vocals as well as guitar playing duties.

On November 26, 2012, Chris released his first solo album Nothing to Lose and decided to produce, manage and distribute it himself along with his wife Catherine Sarah Holmes.

After the success of his first album, Chris started recording his second solo album and on May 2, 2015, Chris Holmes released his second album worldwide and had his first concert in Nantes, France with his new band 'Mean Man' which consists of Thomas Cesario Guitar, Pascal Bei Bass and Folkert Beukers on the drums.

Two of the songs were filmed live, and uploaded to his YouTube channel.