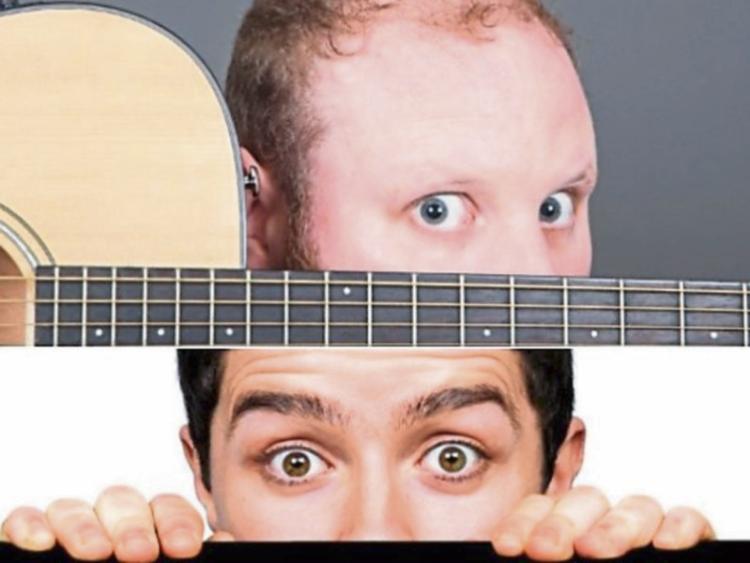 There’s a double header of comedy lined up this weekend in Portlaoise, when two of Ireland’s top funny men, Fred Cooke and Bernard Casey take to the stage of Kavanaghs Comedy Club.

Fred Cooke has rapidly become a unique stand-up delivering a style of comedy that simply cannot be imitated.

Fred has already contributed to a variety of successful Irish TV shows, both as a writer and performer, including RTE’s Operation Transportation, The Tommy Tiernan Show, Republic of Telly, The Cafe (as The Crazy Chef), Watch Your Language (The Mad Professor), The Savage Eye, The Modest Adventures of David O’Doherty, and The Liffey Laughs.

He has also regularly been the warm-up act for many different television chat shows including The Late Late Show and The Podge and Rodge Show.

He even played the main role as Fergus in a series of recent Spar ads – seen as one of the country’s most successful advertising campaigns of the last ten years.

Fred has frequently been invited to perform at the largest and most successful festivals both here and abroad, including the Cat Laughs Comedy Festival, the Carlsberg Comedy Carnival and the Edinburgh Fringe Festival.

He has supported his comedy hero, Ardal O’Hanlon on his massive nationwide tour. He has also performed alongside such high profile acts as Tommy Tiernan, Dara O Brian, Ross Noble, Jason Byrne, Neil Delamere and Des Bishop. He is also involved with the writing and production of the new musical comedy City West Side Story.

Bernard Casey comes to Portlaoise on the back of his smashing debut performance at Electric Picnic. He took the internet by storm when he received millions of view of his videos including The Polish/Irish Accent, the French Oral and The Irish Listening Test.

The quick-witted, old-school Irish storytelling of Bernard Casey has made him a unique and consistent performer. Accents, impressions and off-wall-stories keep audiences hanging on his every word.