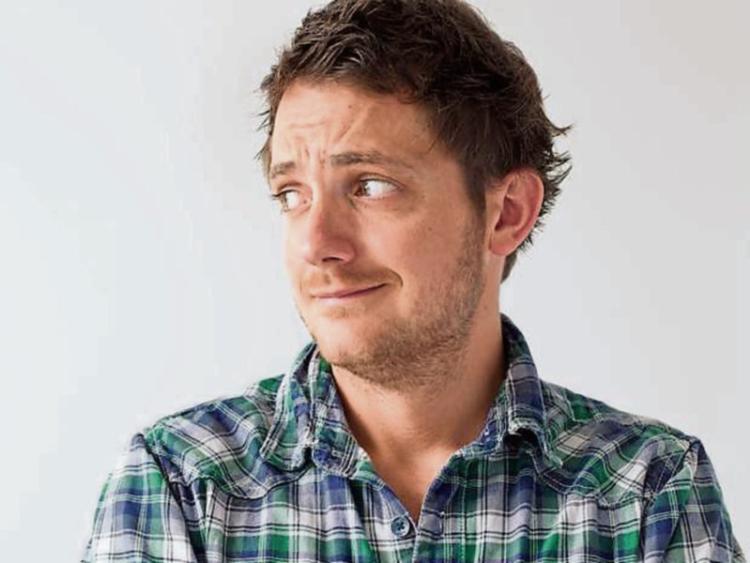 There’ll be a laugh-filled lock in at a Portlaoise pub at the end of the month, when Kavanaghs Comedy Club presents funnyman Danny O’Brien.

Award-winning Irish comedian Danny O'Brien went to prison. Three times to perform. Once again by accident. He's performed relentlessly worldwide and taken up a new religion through the medium of a hangry hangover.

Danny was handpicked last year to perform as part of the iconic Best of the Edinburgh Fest show touring Australia, has featured on The Comedy Channel and is a regular on Irish TV and Radio. He recently opened for American comedian Bill Burr in front of over 7,000 people in Dublin.

'Lock-In' has already sold out at Galway International Arts Festival, The Edinburgh Fringe Festival and a ten-city European run of shows. All before his biggest tour to date this year across 12 international countries around the globe. So book your tickets now to avoid disappointment.

Danny has been performing stand-up comedy for the best part of a decade, headlining regularly at top comedy clubs and festivals to worldwide audiences.

As the resident host and owner of The Comedy Crunch in Dublin one of Ireland’s most successful comedy clubs - his friendly, high energy and anecdotal style draws in an audience and brings on the big laughs with ease.

Danny has also featured in The Comedy Central Show ‘Brexit at Tiffany’s’ in 2017, toured his sell out solo show and provided tour support nationwide with Today FM’s Dermot & Dave's live sell out show. He is a regular contributor on Irish television and radio.

Following in the footsteps of Simon Pegg, Dylan Moran and Dara Ó Briain, Danny was handpicked in 2016 to perform as part of the iconic ‘Best of The Edinburgh Fest’ show across Australia touring Perth World Fringe, Adelaide Fringe Festival and The Melbourne International Comedy Festival and returned again in 2018.

After a sell out month long run at the Edinburgh Festival Fringe and a tour of South East Asia, Danny followed these with a national and international tour with over 36 dates in six countries with his hugely successful 'RaconTour'.

O' Brien's new show 'Lock-In' saw him performing in several prisons across Ireland and the UK and debuted at The Edinburgh Fringe last August.

For more information or to book tickets, see the website at www.kavanaghsportlaoise.com.