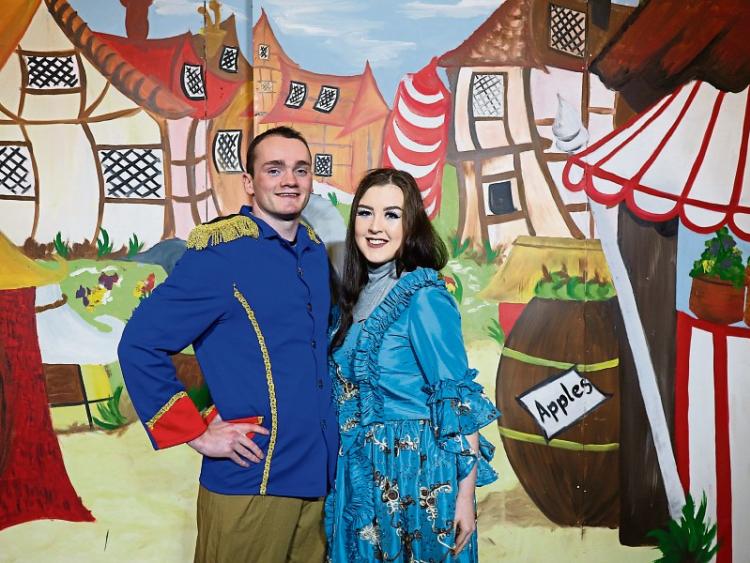 Raheen Panto group promise an ideal way to chase away the January blues inviting all to their 2019 Pantomime production “Cinderella”.

Excitement is at fever pitch in Raheen as rehearsals continue and the finishing touches are added to this year’s production which is a timeless classic is one of the best-loved fairy-tale of all times, adored by both children and adults alike.

The evergreen story of Cinderella is a tale of rags to riches, romance, true friendship and the triumph of good over evil with more than just a sprinkle of magic.

The scene is set for a fascinating story and Medusa quickly asserts herself as the new mistress of Stony-broke Mansion while her two daughters Flatulence and Petulance who are ugly by name and by nature make life a living nightmare for the kind-hearted and timid Cinderella.

The story ebbs and flows and is a riot of laughter as the Ugly sisters, Flatulence played by Josh Bergin and Petulance played by Liam Oxley, give a commanding performance in these classic comic roles.

Cinderella is played by Colette Fennell who takes on the lead role with the greatest of ease.

Baron Hardupp her doting father is played by John Oxley who has also played various leading roles over the last few years. Baroness Medusa Hardupp is played by Stasia Kilroy who is equally comfortable with either serious or comic roles and always looks at home on the stage.

The part or Buttons Cinderella’s faithful friend is played by Aaron Sheil who is no stranger to either Panto or Drama and is always sure to give a commanding performance. Prince Charming is played by Rachel Bonham who stars in her first major role with Raheen Panto Group.

Darragh Hosey takes on the role of Dandini the Prince’s Valet and has played various roles over the years both on and off stage. No Panto would be complete without the fumbling bungling Comics and these time –honoured roles fall to Eamonn Oxley as “Touch “and Ben Barrett as “ Go”.

With this well seasoned Duo, there are guaranteed to be loads of laughter and comic antics galore on offer throughout the show.

The story of Cinderella depends greatly on the intervention of her Fairy Godmother and this tale is no different except when unusual circumstances prevail “Scary Mary”, the Apprentice Fairy takes on the daunting task of securing Cinderella’s fate and this unconventional role falls to Caoimhe O'Keeffe who is sure to have a surprise or two in store.

The part of Major Domo is played by Eoin Hosey who has played a variety of roles over the years.

The Choreography is under the direction of Tanya Grant who is well established with Raheen Panto and provides the Chorus-line with spectacular moves and dance routines.

The unenviable task of providing costumes for both cast and chorus is under the expert care of Teresa McEvoy, Mary Murphy, Bernadette Murphy and Nicola Phelan. The scenery and art work is by Stasia Kilroy.

The make-up department is under the direction of Nicola Phelan and her team.

The magnificent set is designed and created by Keith Mason and Raheen Panto is greatly indebted to Keith for his skill and expertise.

He was ably assisted by Lar Scully and Eugene Delaney during the construction stages. The lighting of any show is a very skilled job and all the lighting, design and effects are taken care of by Lar Scully.

The sound will be taken care of by Michael Crowley and the overall producer and director is John Hosey, ably assisted by Pat Phelan co-producer and co-director. John Hosey is also musical director.

The show is staged in the Heywood Community School between Ballinakill and Abbeyleix for the third successive year and made possible by kind permission of the Board of Management and Principal Mr. Philip Bowe.

This is the group's third year at Heywood and both cast and chorus are hoping to repeat the success of last year’s show which attracted record crowds to each performance.

Tickets for each performance are available at the door on the night, Adults€10, Children and OAP’s €8, Group and family rates available.