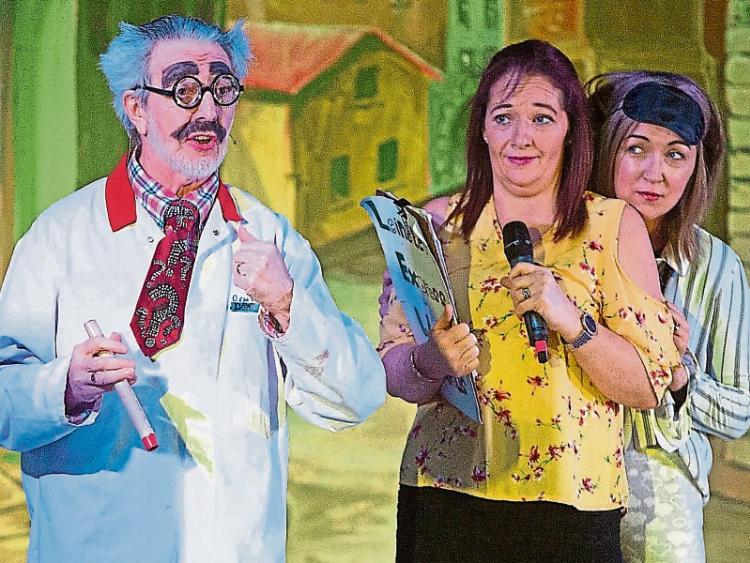 The 33rd annual Rathdowney Pantomime, ‘The Royals, The Witch and The Woodcutter’ will take place in Rathdowney Community Centre over four shows this March.

Rehearsals are well under way for this year’s pantomime, which promises to be a fun packed, entertaining family show. 1986 saw the first production of a Pantomime in Rathdowney where Cinderella was played on the stage for the very first time, it started a tradition in Rathdowney and year after year some fabulous productions have been arranged on stage, all of which were written by local writers (except for Joseph, the Musical in 2002), mainly the talented Michael Creagh and Niall Doherty.

As always, the primary school kids are an act not to miss, their enthusiasm on the stage is second to none, they will fill the room with joy and have you smiling from ear to ear. While our ladies choruses, led by the secondary school girls will dance some lively numbers and will keep the music coming and have the crowd on their feet.

This year’s story is a fairytale of sorts written by Joe Hyde and will be directed by Karen Holohan. Karen has the full support of her fellow committee members Paul Hogan, Pat Keating, Chloe Martin, Sarah Bowe, Lisa Blanc and Lisa Doran who are all involved with the production of this year’s show.

Organisers are delighted to have the amazingly talented musical director Mr Will Cullagh back for another year. Will’s musical skills and expertise goes a long way in making our show so successful and we are so happy to have him arranging some beautiful pieces.

The story has plenty of characters with witches, wolves, the royal family, a woodcutter, a baron and a duke, some baddies, Laurel & Hardy as well as some hot angels and three musketeers. There may be some freaky spells, a runaway bride, some well-planned villainy and even a bit of romance.

‘The Royals, The Witch and The Woodcutter’ will take place in Rathdowney Community Centre over four shows, on March 7 - 9 at 8pm and a matinee show Sunday March 10 at 5.30pm.

Ticket sales will take place from 9am Thursday February 28 and will be available from The Card Stand Rathdowney. Adults €11, children €7, booking in advance is advisable but tickets can also be purchased on the night if the show is not sold out. Hope to see you there.