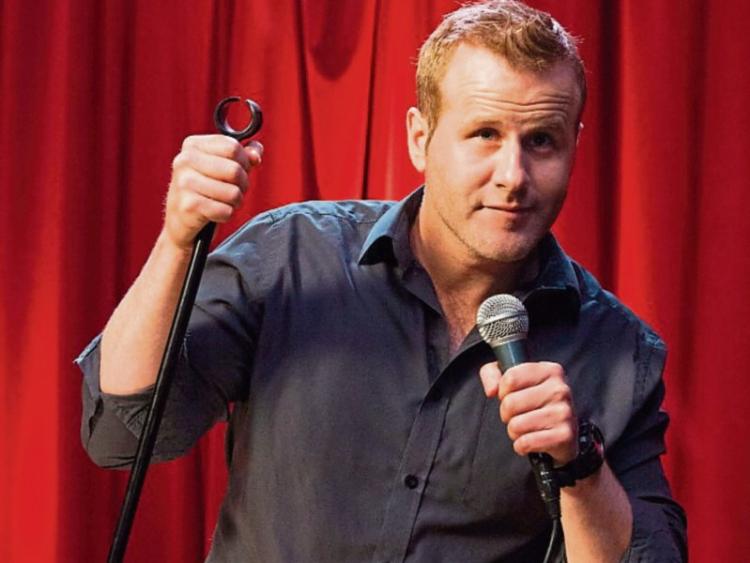 There’s a triple-bill of the best Irish comedy lined up this weekend at Kavanaghs in Portlaoise, with Tom O’Mahony, Emma Doran and Mark Doheny set to play at Kavanaghs Venue.

Tom O'Mahony is an Irish professional stand-up comedian and actor. He's one of the busiest Irish headline acts on the circuit playing every major festival and club here and abroad and is fresh off touring with MTV star Tom Green. With his own sell out shows in Edinburgh, Cork, Leicester and Dublin and Barcelona Comedy festivals, Tom has gone on to support the likes of Nina Conti (Cork Opera House), Michael Winslow (of Police Academy fame) Abandoman, Neil Delamare and Tommy Tiernan as part of their nationwide tours.

Since starring alongside the legendary and late, great Rik Mayall in Damo & Ivor in 2013 (returning in 2014 for Season 2, reprising his role as the intolerable toff, ‘Tarquin’ alongside Snatch star Alan Ford), Tom has been a regular on Irish TV from Republic of Telly, Irish Pictorial Weekly, Bridget & Eamon, 3e’s Uploaded-Uncut, TV3's Six O'Clock Show and Irish Ghost Hunters.

Emma Doran has been a regular on Republic of Telly and appeared on a Christmas special on RTE 2, Bridget and Eamon, Today with Daithi and Maura, The Six O’ Clock Show, Ireland AM and Salon Confidential.

Her stand up and sketches have been shared on the Daily Edge, Mummypages, SHEmazing, Broadsheet, Her.ie, Today FM, Newstalk, The Irish Mirror, 2FM’s Breakfast Republic,Breaking news.ie. Irish Examiner, daily edge, FM104 and recently by Sarah Millican on the Standard Issue and BBC Essex.

In 2013 she did her first ever stand up gig and won comedian of the night, since then she hasn’t stopped securing runner up and winner of several national stand up competitions.

Castletown native Mark Doheny is a rising star of the Irish Comedy Scene. Winner of the Prestigious Craic Attack competition in 2011 Mark has established himself on the Irish Comedy Circuit, appearing at The Cat Laughs, Galway Comedy and Halloween Howls Comedy Festivals. He is resident MC of Kavanaghs Comedy Club and as a popular act on the Irish comedy circuit has supported Tommy Tiernan, Bernard O'Shea, Pat Shortt, PJ Gallagher and Jason Byrne to name but a few.