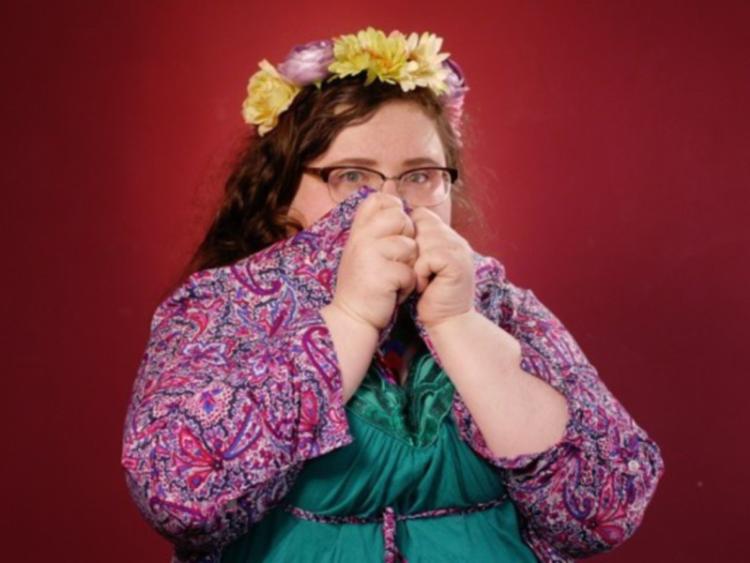 Irish comedian Alison Spittle ‘Makes A Show of Herself’ at Kavanaghs Comedy Club this weekend.

Star and writer of RTE's 'Nowhere Fast' and 'Culchie Club' and Tatler comedian of the year, Alison Spittle has announced her new show Makes A Show Of Herself.

She's very excited and has warned her family not to heckle her this time. She's looking forward to discovering new towns, friendly people and the fresh delights of the new service stations across the country.

Alison Spittle is an Irish comedian, comedy writer, radio producer and actress. She has worked for iRadio, RTÉ Radio 1] and Newstalk and created sketches for Republic of Telly and has written and starred in her RTÉ Two sitcom Nowhere Fast in 2017.

She is the host and creator of the Alison Spittle Show podcast hosted by headstuff.org

Graduating from college in Dublin, Spittle moved back to Westmeath where she worked as a researcher for iRadio with comedian Bernard O'Shea. She began working in comedy, supporting PJ Gallagher. This led to her participation in So You Think You're Funny's Irish heats, qualifying for rounds in Edinburgh. She got a guest spot on the Happy Hour section of the John Murray Show RTÉ Radio 1 from this success.

She has performed at the Edinburgh and Dublin fringe festivals, as well as The Forbidden Fruit and Cork Comedy festivals.

She wrote and starred in web comedy shorts for RTÉ Two, and in sketches for Republic of Telly with Kevin McGahern. In 2014 she took part in an RTÉ 2 pilot for Choose or Lose, a panel show hosted by Eoghan McDermott of 2FM, with contestants Fred Cooke, Bryan Quinn, Keith Farnan, Aaron Heffernan and Georgia Salpa

In 2017, she co-wrote six-part sitcom Nowhere Fast with her boyfriend Simon Mullholland. The series was directed by Simon Gibney. The show sees Angela (played by Spittle) moving back down to Ballybeag in the midlands, having lost her job on a radio show in Dublin following a high profile libel case.