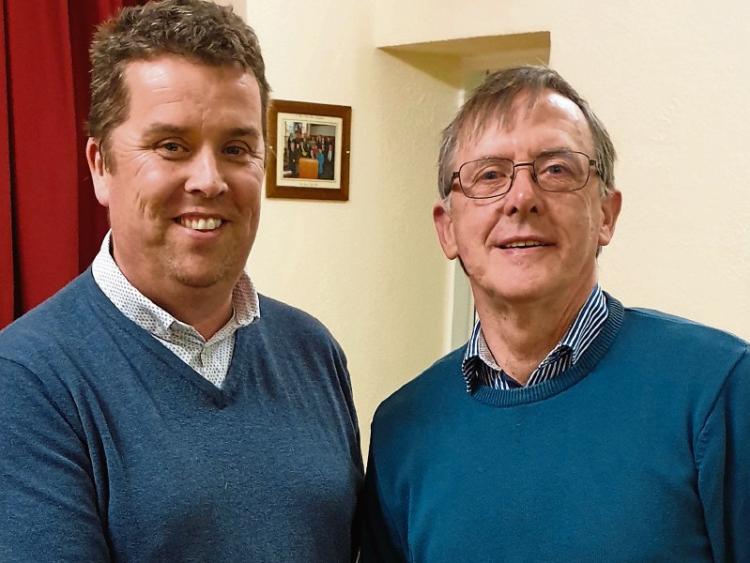 Laois Comhaltas has officially launched the latest branch in the county at Kilcavan.

2019 has been designated by Comhaltas nationally as ‘Bliain na mBall’ – ‘Year of the members’ – and one of the objectives of this initiative has been to consolidate existing branches and establish new ones where it is viable to do so. Establishing new branches has also been a key part of the development plan issued by Laois Comhaltas in 2018.

Traditional Irish music in Laois is regarded as one of the strongest across the country, and the quality of musicians who win All Ireland medals, perform in Siansa Gael Linn or take part in other music events organised by other organisations is testament to the dedicated work done by voluntary committees and music teachers across the Laois Comhaltas branches.

Mr Phelan, noted that there is a constant drive to continue to raise the standard of traditional Irish music teaching and administration across the county, and he welcomed the establishment of Kilcavan Comhaltas as part of this.

He also noted that the county development plan has identified other locations within Laois as good candidates to establish new branches. He invited any communities who were interested in establishing a new branch to contact Laois Comhaltas for assistance and guidance.

Speaking at the launch of Kilcavan chairman, Brian Ryan said that the team there were excited to establish a new branch to reflect the history and identity of the locality. He thanked the incoming committee for their support establishing the branch and looked forward to developing the branch in the future.