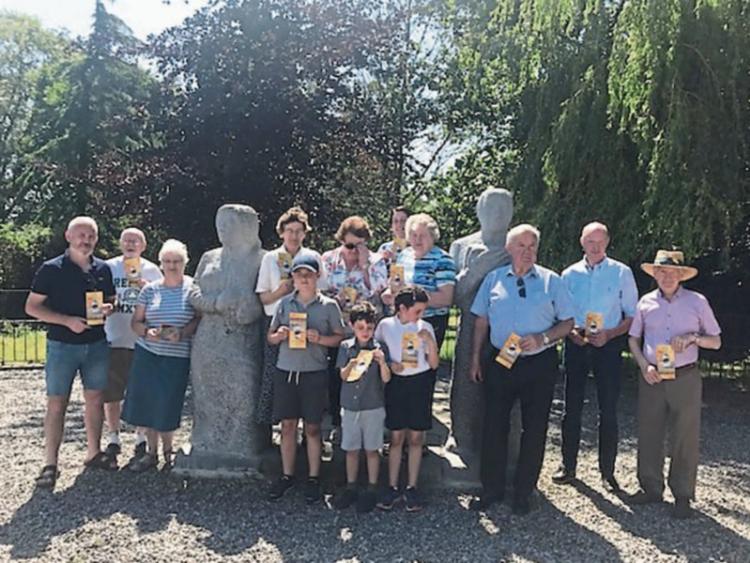 Hopkins festival launch which took place in Monasterevin on June 27, 2019

It kicks off with the annual art exhibition in the Convent of  Mercy and  this  will be opened by the two recently elected  members of Kildare County Council from the Monasterevin area, Kevin  Duffy and Patricia  Ryan.

The  Annual Moore Abbey Concert takes place on Friday in  the  Baronial  Hall, Moore Abbey with the guest artist is tenor  Dominic McGorian.

On  Friday  afternoon  the  Annual  Artists  for  Peace Art  Exhibition takes place in the Convent, Drogheda Street, and  is  curated by Sr Ann Scully of the Sisters of Mercy.

This event draws artists from many parts of the country both professional and amateur.

"Three  venues will  be in use for this  year’s  Festival with  the Baronial  Hall in Moore Abbey being where the  majority of the lectures will take place," said committee chairman, Richard O'Rourke.

For  the past number of years, the annual concert in the  Baronial  Hall draws have been very popular and this year we trust will be no exception. This year Tenor,  Dominic  McGorian performs. Dublin  born,  but  now  living  in  Waterford, he has  performed in concert in Ireland  and has toured in Europe, Russia  and  in America  where he  sang  with  the   Irish  Tenors    on  tour. His  repertoire  is  wide  and varied and patrons will  be  guaranteed an entertaining and enjoyable  evening."

Saturday morning  sees  the commencement, at  10am sharp, of  the  festival lectures with the opening lecture, entitled, “Tom and Gerard: The Inverse lives of T.S. Eliot and  G.M. Hopkins”  by James  Harpur.

James has published  six  books  of  poetry and  his latest  volume The  White Silhouette (Carcanet 2018) was an Irish  Times Book of the Year.

Lance Pierson will be the second lecturer and his  contribution is  entitled, “Hopkins and Milton”. This lecture explores four  major areas where Hopkins looked to Milton as a  mentor.

The Monasterevin Community Centre will be the venue at 2pm when Jo O’Donovan RSM will deliver her lecture, "Hopkins-The  Poet  of  Theology“,  in which she explores  Hopkins as  the  poet  of  theology.

“Much  work   goes  into  the  organising  of this  event  each  year  and  the  festival   would  not  be  possible without  the  generosity  of  the  sponsors:Schlötter Ireland DAC, Kildare  County  Council  and  Mason  Hayes  and  Curran”, Richard  O’Rourke said.

“We  are  spoiled  in  Monasterevin  to  have  four  such  wonderful  venues and  our  thanks  and  appreciation  is  very  real  and  genuine for  the   help  and  assistance  extended  to  us by  so  many  people  and  organisations”, he stated.