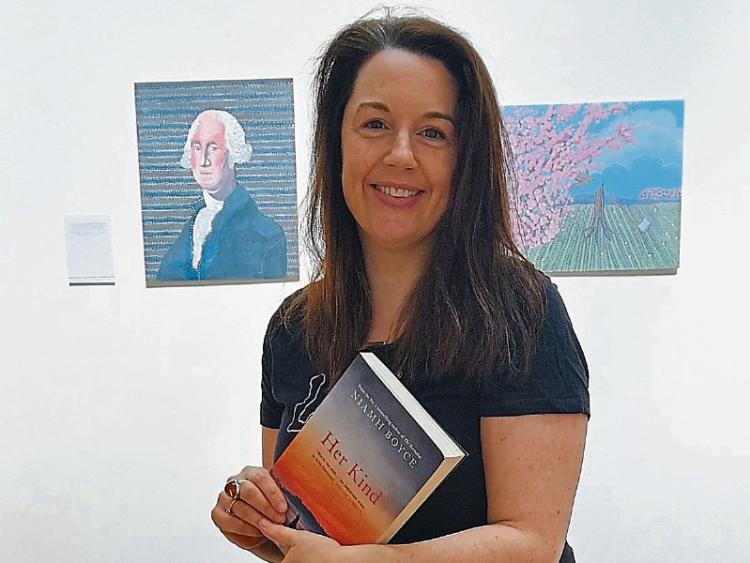 Local best-selling author Niamh Boyce has received an invitation by the Irish Ambassador to Brussels Helena Nolan to read from her latest novel Her Kind at the Irish Embassy in Belgium next month.

Niamh Boyce was Hennessy XO new Irish Writer of the Year in 2012 and named newcomer of the year at the Irish Book Awards in 2013 for her debut novel The Herbalist. Her Kind was nominated for this year’s European Union prize for literature shortly after its release.

Through her latest novel Her Kind the best-selling author takes the reader back to 14th century Kilkenny with the true story of Alice Kytler in a tense and moving re-imagining of events leading up to the Kilkenny witch trials in 1324. Kytler was accused of witchcraft and sorcery by then Bishop of Ossary Richard Ledrede.

Niamh explains: “I wrote a blog post containing my four years of research and shared it on Twitter. Ambassador Helena Nolan saw it and she messaged me with the invitation. I’m honoured and delighted. I’m really excited that they want me to come in October especially because this is the season of the Kilkenny witch trials which ended on samhain, the last day of October in 1324. I’m looking forward to discussing Flemishtown which coexisted in Kilkenny with both Irishtown and Englishtown. They both survived the centuries but Flemishtown has disappeared. A whole town that was thriving at the time is gone. The reading will explore the Kilkenny and Flanders connection.

Niamh revealed that she is in talks with an American film producer in regard to her debut novel The Herbalist being made for the silver screen. With plenty more to come from the talented author she has completed the first draft of a new novel titled The Spirit Cabinet based on spiritualism, mediums, charlatans and table rapping. All were huge fads during 1800s Victorian times.

She is also currently working on a story on bog bodies inspired by the oldest bog body ever discovered. The mummified body of a young king from 2000BC was unearthed in 2011 at Cúl na Móna bog Cashel in Laois.

Should anyone find themselves in Brussels on Tuesday 15 October at 6pm all are welcome to attend the Embassy for Niamh’s special reading.

Tickets are free and available on Eventbrite.