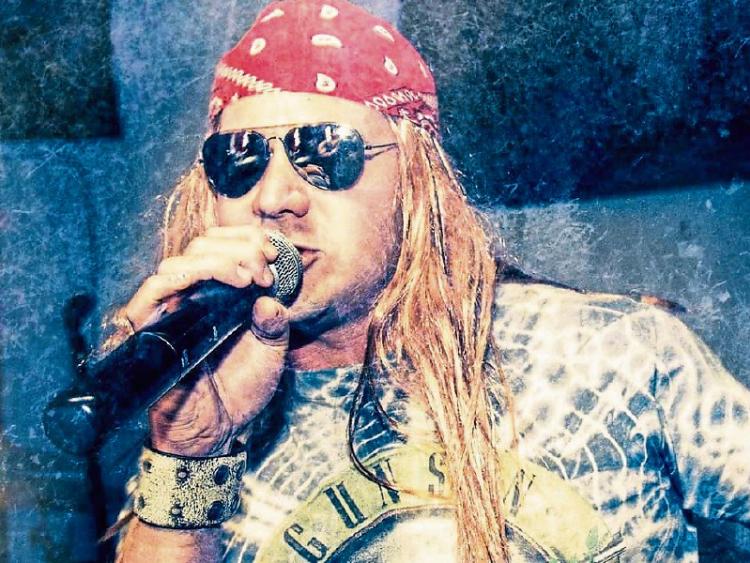 Take yourself down to Paradise City this weekend with a live performance in Portlaoise by one of the best Guns N’ Roses tribute acts on the Irish music scene.

The bands is focussed on attention to detail ensuring that all the classic Guns N’ Roses tunes are delivered with passion, energy and accuracy with front man Neil Bailey providing the all important Axl Rose swagger and attitude.

The line up is completed by the inclusion of Conn Rogers (Dizzy Reid) on keys delivering those classic melodies, harmonies and backing vocals.

Guns N' Roses' debut album, Appetite for Destruction (1987), reached number one on the Billboard 200 a year after its release, on the strength of the Top 10 singles "Welcome to the Jungle", "Paradise City", and "Sweet Child o' Mine", the band's only single to reach number one on the Billboard Hot 100. The album has sold approximately 30 million copies worldwide, including 18 million units in the United States, making it the country's bestselling debut album and eleventh-bestselling album.

In their early years, the band's hedonism and rebelliousness drew comparisons to the early Rolling Stones and earned them the nickname "the most dangerous band in the world." The band's classic lineup, along with later members Reed and drummer Matt Sorum, was inducted into the Rock and Roll Hall of Fame in 2012, its first year of eligibility. Guns N' Roses have sold more than 100 million records worldwide, including 45 million in the United States, making them the 41st-bestselling artist in history.

Abuse Your Illusion play Kavanaghs in Portlaoise this Friday, October 4, at 10.15pm. This is an over 18s gig only and tickets are available now, priced €15.