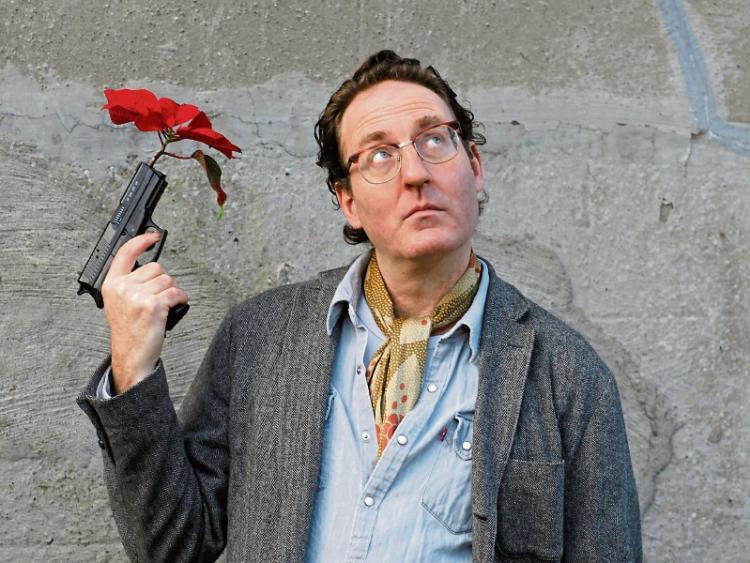 There’s a double bill of entertainment featuring the best music and comedy on offer from Kavanaghs in Portlaoise this weekend, with funnyman David McSavage bringing his uniquely skewed vision of the world to the comedy club.

David McSavage is a self-proclaimed National Treasure and and is intention for this new show (which he has yet to write) is for the audience to feel: "Wow! That was one of the funniest things I’ve ever seen, it was so original, courageous, and yet very flawed. I would really like to be his friend.”

A regular guest on TV and radio shows in Ireland for many years, David has also appeared at all the major comedy festivals including the Edinburgh Festival and internationally in Australia, Germany, Japan and Scandinavia.

As an actor, he features in the film Calvary by John Michael McDonagh starring Brendan Gleeson. His other recent film roles in Traders, Gold and Our Robot Overlords. The Savage Eye (RTÉ), has been critically acclaimed was nominated for an IFTA award for Best Entertainment Series and Best Director.

David McSavage ‘National Treasure’ will be performed this Saturday, October 5 at 09.30pm.

Also on offer this weekend is music from local band, The Valves.

The Valves consist of Terry Byrne on guitar and vocals, Aiden O’Reilly on bass and vocals and Dick Duff on drums and vocals.

The Valves play a very mixed bag of covers with a quirky, energetic feel. From classic surf guitar to recent Indie rock, spanning decades of influences, they cover artists as diverse as The Kinks, The Beatles, Del Shannon, The Venturers, The Pixies, Nirvana, The Breeders and Arcade Fire to name but a few.

The Valves are a light hearted side-project the group have talked about for a long time. Their approach is to keep true to the energy of the music, paying fond tribute to the songs that inspired them become musicians. They take a simplistic approach to the way they play so that the essence of the songs come across with raw energy.