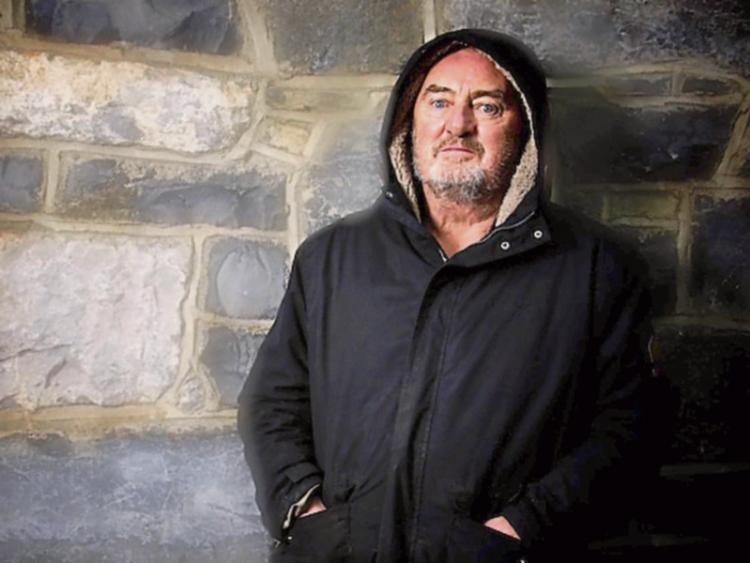 Jon Kenny is touring with a new play Crowman and will visit Dunamaise Arts Centre this week for one night only.

Easily distracted by flights of imagination, memories of past events and a weekly schedule of funerals he must attend, Dan is on a mission to scatter every crow that has ever blighted his land and his life.

He swings from high comedy to pathetic admissions, but when a dear friend dies, he is forced to look back on his troubled youth and face up to his demons.

At times poignant and tragic, this play also has great warmth and humour, as Kenny slips seamlessly in and out of the many uproariously funny characters.

Written by Katie Holly, the play received standing ovations during a run at the Cork Midsummer Festival at The Granary.

The play is an account of the hilarious characters that inhabit Dan’s life on a daily basis and a love story that never was. Poignant and comic, Kenny carries the audience on a roller-coaster ride from his childhood to middle-age, from the hurling pitch to the pub and from one uproariously funny character to the other.

Crowman is about lost love and the sense of belonging and not belonging in a small community. Most of all it’s about the humanity and decency of the local characters found in every rural village and town in Ireland.

As Dan himself surmises ‘Some people never had the dance that I had and some people never hear the music’. Katie Holly’s script conjures up a life of quiet desperation in which Jon Kenny conveys a gamut of emotions and gives a masterclass in characterisation and physical acting.

Crowman comes to the stage of the Dunamaise Arts Centre this Thursday, October 10, at 8pm,