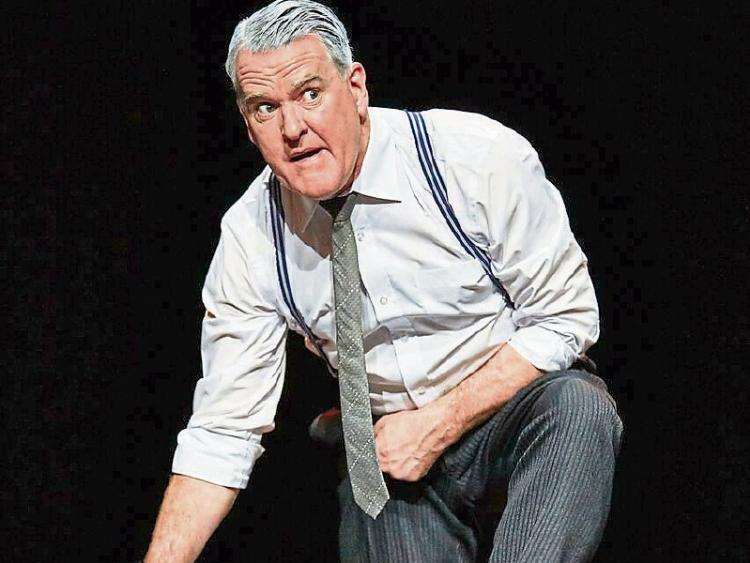 A brilliant one-man show shows comes to The Balcony Theatre in Mountmellick next month, in the stage show ‘The Man in the Woman’s Shoes’.

'The Man in the Woman's Shoes' follows a non-stop performance of the character of Pat Farnon, a rather animated cobbler.

This one man show which has been described as a 'love letter to Sligo' has toured to venues nationally and internationally since it was first seen in the Hawk's Well in 2012.

It’s October 1978. Pope John Paul the First is not long dead, autumn is closing in and Pat Farnon has ‘some business’ to do in town. The Man In The Woman’s Shoes follows Pat as he walks the five miles from his white cottage to town and back again.

He meets unforgettable characters along the way, including water diviner Huby Patterson, GAA enthusiast extraordinaire Kitsy Rainey, big voiced Casimir Marshall, an array of farmers all named Gilmartin and Kemp, a man whose idea of a good time is to direct traffic wherever he may find it.

Pat may be an aging man but he has a boundless enthusiasm for life.

Hilariously funny, tender and at times downright daft, The Man in The woman’s Shoes, will leave you uplifted and in love with life again.

The Man in the Woman’s Shoes and its companion piece I Hear You and Rejoice were commissioned by the Hawk’s Well Theatre and Sligo County Council Arts Service.

The show has toured around Ireland, taking in the Fit Up Festival in West Cork, Timoleague, Kilcrohane, Glandore, Whiddy Island and Ballydehob, The MAC Belfast, Westport Town Hall Theatre and Gorey Little Theatre, Co Wexford. After the show in Mountmellick it will return to The Watergate Theatre Kilkenny.