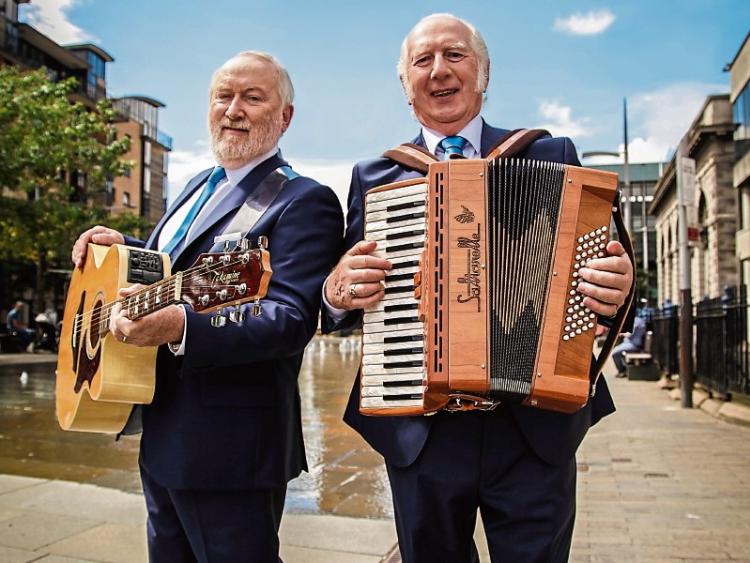 Foster & Allen are bringing their Timeless Memories Tour to Ireland this Christmas and New Year.

Foster & Allen aren’t showing any signs of slowing down and their touring commitments prove how popular they remain for their fans who like to see them in a live performance experience.

The story of Foster & Allen began back in the seventies when Mick and Tony were playing in country music bands around Ireland. In 1975 they got together a small group and went over to the U.K. to work the Irish music venues on a short tour.

Mick and Tony had at this stage the idea of working together as a duo, playing ‘easy listening’ music with a touch of traditional Irish instrumentals.

When their U.K. tour finished they decided to let the band return to Ireland whilst they stayed behind to try out the ‘DUO’ on the public.

They played several venues in the London area and the reaction was very favourable; so much so, they decided to remain as a duo and ‘Foster & Allen’ was formed.

It was difficult at the beginning and after a time working around the circuit in the U.K. and Ireland, they released their first single record “The Rambles of Spring”.

At the end of 1978 Foster & Allen released the single “A Bunch of Thyme” in Ireland, which entered the Irish charts and became their first top- selling No. 1 single. It stayed in the Irish charts for 40 consecutive weeks, re-entering for a further 13 weeks.

It was not until 1982 that this single was released in the U.K. It was played by all the radio stations in Britain and was soon in the ‘pop’ charts.

It climbed rapidly to the top half of the British Top 20.

At the time, Mick and Tony were in the U.S.A. on a tour and it came as a great shock to them both when they were contacted and told to fly back to Britain immediately as they were required to appear on Television’s “Top of the Pops.”

In 2020 they will celebrate 45 years together in the music business and to coincide with this they released ‘Timeless Memories’ which features 182 tracks from 10 of their most popular and favourite albums, many of which have not been reissued in Ireland & UK for a number of years; Maggie, After All These Years, Reminiscing, Reflections, Remember You're Mine, Souvenirs, Memories, Heart Strings, By Request, Songs We Love To Sing.