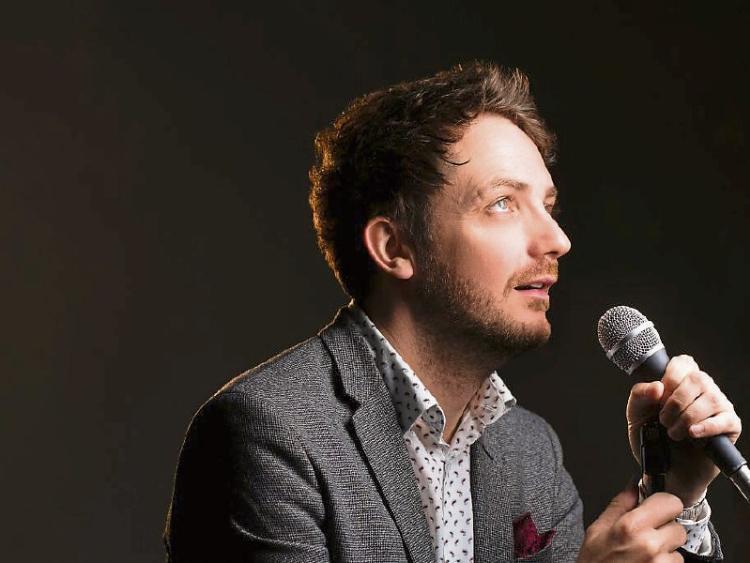 What happens when a touring stand-up comedian can no longer stand up? After a near career-ending knee injury O’ Brien is too young for pilates and too unbalanced for yoga. After a complete sell-out in The Civic Theatre in 2018 with his show ‘Lock-In’ the award-winning Wicklow performer brings his brand-new hilarious hour of stand-up to where self-destruction and self-discovery meet.

This show had a hugely successful sell-out run of shows at The Edinburgh Fringe Festival, The Galway International Arts Festival, Wexford Spiegeltent Festival and a host of International and European dates. Danny is now back on the road and bringing his biggest and best tour show to Tallaght.

Following in the footsteps of Tommy Tiernan and Dylan Moran Danny was handpicked this to perform as part of the iconic ‘Best of the Edinburgh Fest’ show touring Australia a record three years in a row. He has also featured on The Comedy Channel and is a regular on Irish TV and Radio. He has supported Today FM’s Dermot & Dave on their live show tours and last year he was asked to open for American comedian Bill Burr in front of over 7,000 people in Dublin’s 3Arena.

Danny has been performing stand-up comedy for over of a decade, headlining regularly at top comedy clubs and festivals to worldwide audiences.

He performed his first solo show at the 2012 Edinburgh Fringe Festival to rave reviews and scooped the title of ‘Dublin’s Funniest Comedian’ at the prestigious Stand Up For FM104 that same year. In 2013 Danny took part in Irish TV show The RTE Comedy Awards and released his first comedy album on iTunes as part of the Irish Underground Comedy Show. He also beat sixteen of Ireland’s best up-and-coming acts to take the coveted Toilet Duck Award at Tedfest (the now-famous Father Ted celebration).

He has returned to The Edinburgh Fringe with a brand new hour each and every year since. His 2019 solo show ‘Lock-In’ sold out its entire run at The Edinburgh Fringe Festival as well as Galway Arts Festival, Wexford Spiegeltent Festival, Clifden Arts Festival and received rave reviews. The show toured over 60 dates all over the globe including an extensive Irish tour and to cities around the globe including London, Prague, Brno, Budapest, Berlin, LA and finishing with a month long tour of Asia including Bangkok, Saigon, Hanoi, Jakarta, Singapore and Kuala Lumpur. His brand new show ‘Reformer’ debuted at the Edinburgh Festival in August 2019.

Reformer comes to Kavanaghs on February 7.