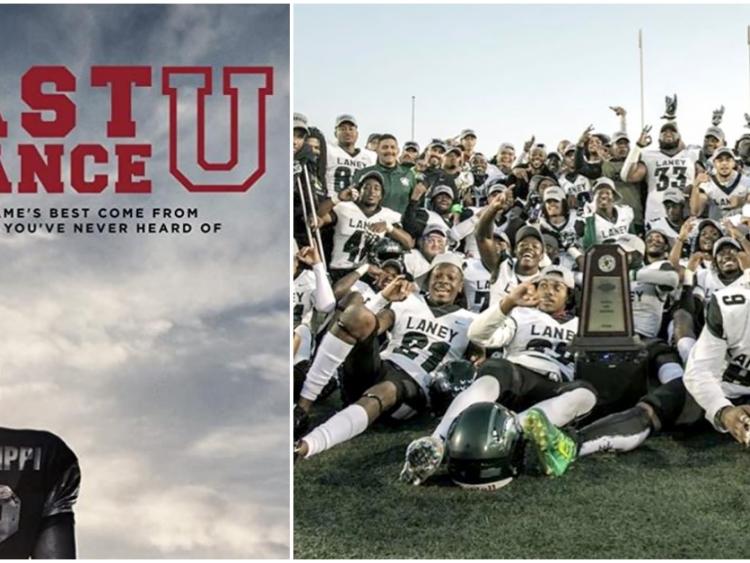 Netflix's hugely popular American Football documentary series, Last Chance U, will return to our screens later this month with a new school at the centre of the series.

Last week, Netflix revealed all the latest movies and TV series coming to the streaming platform in July - buried on the extensive list was the announcement that the fifth season of Last Chance U will debut on July 28.

'Last Chance U: Laney' is set to be the fifth and final season of the American football themed sports documentary series before a switch to a basketball focus in 2021. Previously, sports fans have been captivated with the behind-the-scenes insights and fly-on-the-wall footage of two of the US' most prominent junior college football programmes.

In seasons one and two the show followed Coach Buddy Stevens and the East Mississippi Community College (EMCC) Lions in their unsuccessful pursuit of a fourth JUCO national title, and then Independence Community College of Kansas and their explosive coach Jason Brown in seasons three and four.

The latest season will take on a brand new setting to give viewers a raw, authentic look at the junior college football program at Laney College in the heart of Oakland, California. Coach John Beam, going into his eighth season, and the Laney College Eagles are coming off the back of state and national championship titles in 2018 as they look to carry that momentum into the new season all the while battling injuries, egos and personal demons in their pursuit of glory.

On July 28, meet the players and coaches of Laney College.
While it's the last football season, a new chapter begins with Last Chance U: Basketball, coming 2021. pic.twitter.com/epghuOSqqF