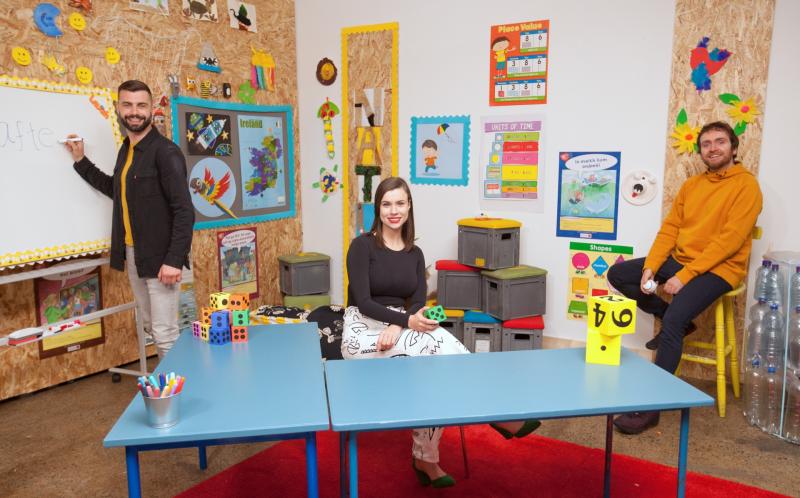 RTÉ has announced a new series, After School Hub, which will bring much-loved afterschool clubs right into the nation’s living rooms from next Monday on RTÉ2.

With so many parents continuing to work from home, After School Hub – from the makers of the acclaimed Home School Hub last spring - will give parents another precious hour to continue to work uninterrupted.

Múinteoir John, Ray, and Cliona will be back on RTÉ2 screens every day from 3 to 4pm with a huge range of activities in which kids can participate.

Alongside the much-loved múinteoirí, viewers can expect to meet some of the Hub’s old favourites such as Phil the Science Guy, Space Supremo Dr. Niamh Shaw, and there will also be a host of new faces joining the Hub, including the hilarious duo Mary-Claire & Martin, of Martin’s Shed. As well as that, keep an eye out for a few well-known faces popping up along the way!

Kids can tune in and take part in soccer skills, music lessons, science experiments, dance, nature, art class, book readings, cooking, singing, drama, arts and crafts, and school tours. Just like the last time, children are encouraged to participate and engage in every aspect of the show by watching on RTÉ2 every day, uploading content to rte.ie/learn and then watching it all again at a time of their choosing on the RTÉ Player.

Suzanne Kelly, Head of Children and Young People’s Content RTÉ said: “We’re delighted to be back on air with a new series aimed at primary school kids and to reunite all the múinteoirí and the production team at Macalla Teoranta for more education and fun each day on RTÉ2 and RTÉ Player. The reaction to Home School Hub was phenomenal.

“Children have hugely missed out during this pandemic and it’s been very tough on them and their parents. It is a privilege to keep our kids’ minds filled with wonder and to help out so many busy parents.”

“Home School Hub was an integral part of life during lockdown; with After School Hub we are hoping to keep children – and parents - minds and bodies active during the winter months ahead. It will be full of fun, entertainment, but lots of learning as well,” said Cúán Mac Conghail of Macalla Teoranta, Producer of After School Hub.

After School Hub is the latest in a range of new series recently announced by RTÉ. Other new upcoming factual and entertainment shows airing this season include The Den, Deirdre O’Kane Talks Funny and a new series of Amy Huberman’s Finding Joy, with more to be announced in the coming months.