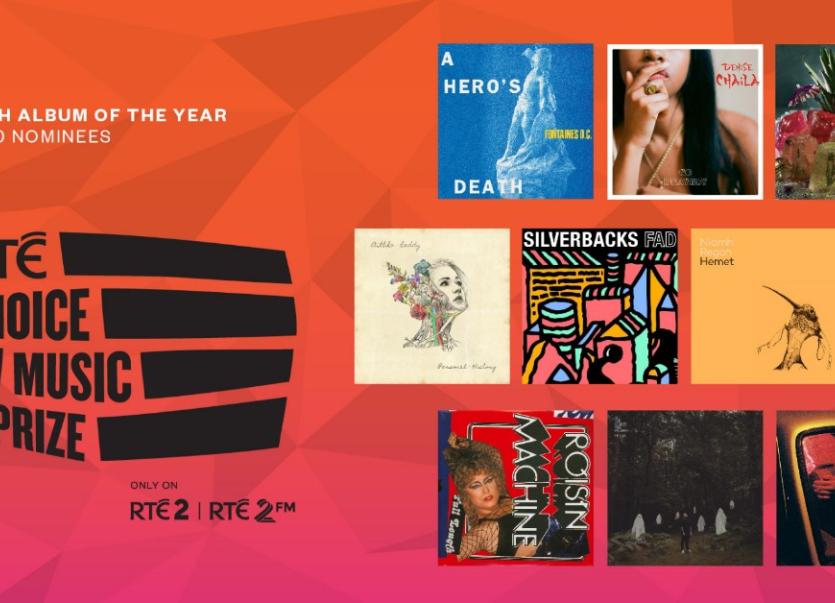 The shortlist for this year's RTÉ Choice Music Prize Irish Album of the Year 2020 was revealed on Wednesday.

Bitch Falcon, Denise Chaila, Fontaines D.C, JyellowL and Róisín Murphy are among those acts nominated for the  Album of the Year 2020.

Now in its 16th year, the Choice Music Prize Irish Album of the Year award is chosen from a shortlist of ten albums by a panel of eleven Irish music media professionals and industry experts. Jim Carroll, chairman of the judging panel, announced the shortlist on RTÉ 2FM’s Tracy Clifford Show.

The shortlist is as follows:

The Irish Album of the Year 2020 will be announced live on RTÉ 2FM in a special Tracy Clifford Show on March 4th and broadcast live on RTÉ Player.

The winning act will receive €10,000, a prize fund which has been provided by The Irish Music Rights Organisation (IMRO)  and The Irish Recorded Music Association (IRMA), and the show will feature live performances from some of the shortlisted acts.

''Irish music is such an important part of 2fm and what we do. There's so much incredible talent in Ireland right now and we believe Irish music is in the best place it's ever been. As part of our RTÉ Choice Music prize announcement, 2fm will be going 'all Irish, all day' once again to support the amazing artists we have here,'' commented Adam Fogarty, Head of Music, RTÉ 2FM.