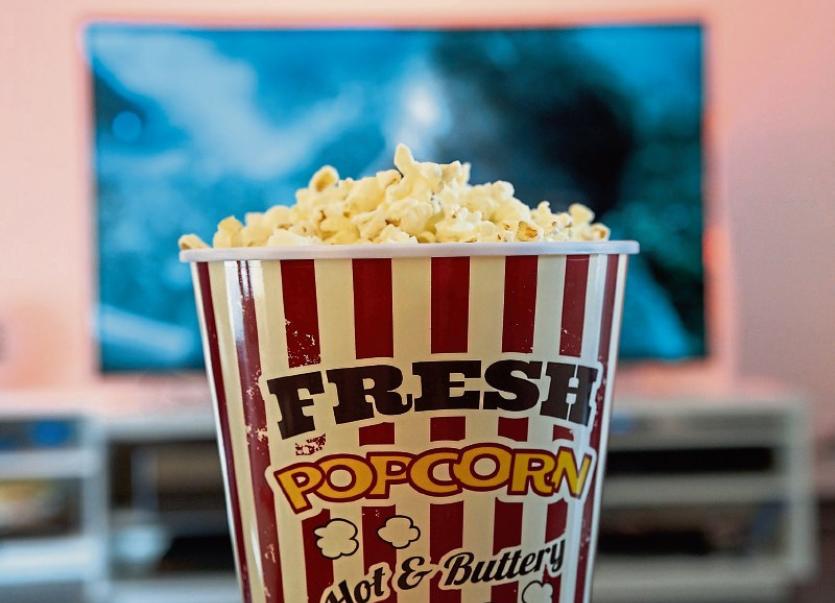 Ronan O'Meara gives his picks of the week

Ronan O'Meara has been scouring the TV schedules to find films to watch over the next week as we approach the Easter holidays.

World War 2 has just ended. The beaches of Denmark are riddled with landmines after the German occupation. Who better to do the dangerous work of clearing them out than the German POW's themselves. A horribly tense look at the brutality of war and the dehumanising effect it has on all sides involved. Roland Møller as the captain in charge of one group of prisoners does mighty work as a man who realises the enemy aren't what they initially seem.

Brian Wilson, the brains and the heart behind 1960's supergroup The Beach Boys was the very definition of a troubled genius. This unique biopic is a look at his life in both the 1960's and the 1980's and the relationship that could save him from the bad influences around him. Paul Dano (who I usually hate) & John Cusack both put in marvellous performances as Wilson with Elizabeth Banks and Paul Giamatti offering solid support.

I Went Down: Saturday, RTÉ One @ Midnight

Two criminals travel into the wilds of middle Ireland to carry out a kidnapping at the behest of a man who owns them both. Things don't work out exactly as planned. For my money this is one the the best Irish comedies ever made. Brendan Gleeson is on fire as Bunny Kelly and Peter McDonald is good craic in his film debut. As always with Irish films the laughs come with a healthy dose of pathos and the two blend brilliantly.

Based on Oscar Wilde's famous 19th century novel, Dorian Gray tells the story of a young man and the special deal he makes to ensure he stays looking exactly the same as he did the day he gets that infamous portrait done. A lavish and surprisingly bloody take on the story, with a couple of it's own unique twists and turns. This film might offend some but it's an interesting watch led by a decent turn from Ben Barnes.

Lee Chandler's brother has just died, making him to go home to deal with funeral arrangements. The trip home also forces him to revisit the ghosts of his past. Kenneth Lonergan's 2016 drama is a stunning watch, pushing us headfirst into the ongoing effects of grief and loss and all their repercussions. It's brutal, but it's humane and even humorous in places. Casey Affleck and Michelle Williams are both incredible.

After the notorious warlord Thulsa Doom destroys his village and kills his family, young Conan is taken and made a slave. As he ages his muscles grow and his skill with a sword becomes legendary. Now he must take his revenge. This blood and carnage packed 1982 sword and sorcery action fest is an 80's classic. It's not a story to think too deeply on but it's depiction of a chaotic, lawless world is impressive. Arnold Schwarzeneggar rocks the lead.

Jimmy is a petty criminal living a crappy life in Glasgow. One day on TV he catches sight of a roomful of faces from his past and he realises that he needs to make a trip home. This early Shane Meadows film is a lighter one than his later work and it's filled with characters you'll be more than happy to spend time with. Western fans will get a giggle from some of the set ups too. Robert Carlyle, Kathy Burke & Rhys Ifans add to the fun.

When his income from his dog grooming services can't keep him afloat a man called Marcello decides to enter the drug business. It's not a life he's cut out for and one of his customers is starting to make things very difficult for him. A harsh watch, that shows a side of criminal life rarely explored on screen, but a first rate, sympathetic performance from Marcello Fonte will keep you watching to the end.

11 years after a seemingly cut and dried murder case wraps up the prisoner's mother, pleading that her son is innocent, puts up a reward for new info, prompting a reporter into the case again. At first it looks like the right verdict was met, until.... The great James Stewart leads this unusual and rather gripping blend of documentary style drama and film noir and does a fine job of course. Kasia Orzazewski and Lee J. Cobb offer nice support.

After an almost fatal attack years before, renowned criminal psychologist Helen Hudson's a recluse, afraid of the world. Now a series of familiar murders see her team up with a San Francisco cop to solve them. This 1995 thriller is a very entertaining watch, one that's kind of brutal in places but the duo of Sigourney Weaver and Helen Hunt will keep you glued to the screen. Harry Connick Jr makes for a queasily memorable bad guy.

After he arrests the brother of a violent criminal and sets off a countdown to violence, a sheriff trying to defend his little town enlists an unlikely crew of people to help him do his job. One of the quintessential westerns, this Howard Hawks directed movie is gorgeous to look at and an absolute pleasure to watch and sees John Wayne give a performance that shows just why he was so popular. Dean Martin & Walter Brennan are class as always too.

An aging thief loves his work but a mistake on a job is forcing him to take early retirement, A decision that doesn't sit well with others who rely on him. So they blackmail him to keep earning. David Mamet writes and directs this 2001 thriller and while it mightn't cover any new ground it's still highly enjoyable and carried out in his inimitable style. Gene Hackman, Delroy Lindo and Danny Devito head a packed cast.

Albert's directing a play. His wife Delta is the star. Albert has also promised the starring role to a call girl, Izzy, he's been seeing. Because Albert is a dope. Chaos ensues. Peter Bogdanovich directs this and it feels like something he might have made in his 70's heyday. It's light, it's breezy, it's morally loop de loop and it's filled out with an amazing cast that includes Owen Wilson, Kathryn Hahn, Jennifer Aniston, Imogen Poots and Rhys Ifans amongst others.

A lonely cleaner called Elisa falls for an amphibious being that's been held captive in the facility she works in. Their shared alienation from the world brings them together. Guillermo Del Toro's fishy love story won the best picture Oscar in 2018 and it's easy to see why. It's a beautifully odd tale about the strange places romance can blossom. Sally Hawkins is a knockout lead and Michael Shannon does nasty work as the bad guy of the piece.

Ana, Chris and Mikael are in Constantinople and both men have a bit of a thing for Ana. Overshadowing their love triangle is one of the worst atrocities of the 20th century. The romantic stuff is old hat but it's the bigger picture that makes this a worthwhile watch as it's a story that has sadly been ignored in Western cinema. Oscar Isaac, Charlotte Le Bon and Christian Bale all do a sad story justice.

A young punk band's night descends into chaos when they unwittingly play a gig at a neo-nazi club and stumble upon the aftermath of a crime. The late and much missed Anton Yelchin headlines this blisteringly violent thriller from director Jeremy Saulnier. It's tough going but stick with it. Blackly funny, excruciatingly brutal and a frightening insight into a scary American subculture. There's effective backup from Patrick Stewart and Imogen Poots too.

As always visit hamsandwichcinema.blogspot.com/ for more film and tv chat.