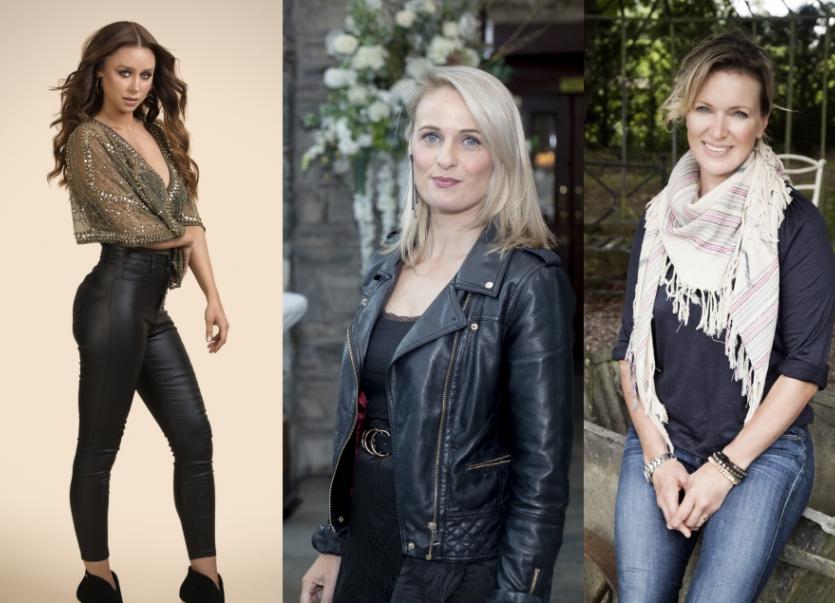 Three guest presenters will join the Today team on RTÉ One for the month of April.

Rachel Allen, Úna Healy and Elaine Kinsella will all join Dáithí O' Sé on set on various dates, co-hosting on Monday and Tuesday afternoons on Ireland’s favourite afternoon show. Maura Derrane and Dáithí will continue their three days a week together from Wednesdays to Fridays.

On Tuesday, April 6, chef and television presenter Rachel Allen won't have to travel too far from her home to get to the RTÉ Cork Studios.  Rachel has on many an occasion been in the Today kitchen, cooking up a feast for Maura and Dáithí but on the first Tuesday in April she will join Dáithí on the other side of the set. She says: "I've always enjoyed cooking on the Today show as I am a great friend of the programme.  I love working with the crew and I'm looking forward to joining Dáithí on the couch."

Singer Úna Healy was also delighted to be asked to guest present the show next month. She'll join Dáithí for two shows on Monday, April 12 and Tuesday, April 12.  Úna is no stranger to Today viewers having last appeared on the show, via Skype from Thurles, on the St. Patrick's Day Today Special.  On that day she sang a song inspired by her Granny.  Úna said: "I’m such a big fan of Today and have loved performing and being interviewed in previous years. The tables have turned and I’m really looking forward to presenting and having great craic alongside Daithi O’Sé!"

Radio presenter Elaine Kinsella appears on Today regularly as part of the panel of journalists discussing the issues of the day, some of which are topical and a few quirky ones too. Elaine is an early riser as her full-time job is as co-host of Kerry's Full Breakfast on Radio Kerry each weekday morning. She will sit in the presenter's chair on April 19, 20, 26 and 27 meaning that Dáithí will be joined by a fellow Kerry woman for four shows. Commenting ahead of it Elaine said: "I’m absolutely delighted to get the opportunity to guest present on Today. This is my fourth season as a panellist on the show and I enjoy every appearance so much.  I love the atmosphere in the Cork studio and the entire team has always made me feel so welcome. I’ve a great rapport with Daíthí (the fact that we’re both from the Kingdom helps!) and I think we’ll have a lot of fun together."

This April switch-up is a result of Sinéad Kennedy going on maternity leave. Since Sinéad joined the team in September, she has co-hosted the show each Monday and Tuesday alongside Dáithí O' Sé. Bláthnaid Treacy is enjoying her time on the show this month and will continue with her 'Something for the Week' and fashion slots for the rest of the season.

The Today team will brighten up afternoons until the May 28 airing each mid-week day.

Some of the celebrity guests next week include Sinéad O' Carroll and Edele Lynch from B*Witched, Bernard O' Shea, Karen Koster and the recently appointed Archbishop of Dublin, Dermot Farrell. The winner of ‘Lambwatch’ will also be announced on next Friday’s show, Good Friday. Actor and farmer Mary McEvoy will join Maura and Dáithí to announce the winner.  There is still time to send in your best photos and videos of lambing season and new-born lambs to today@rte.ie