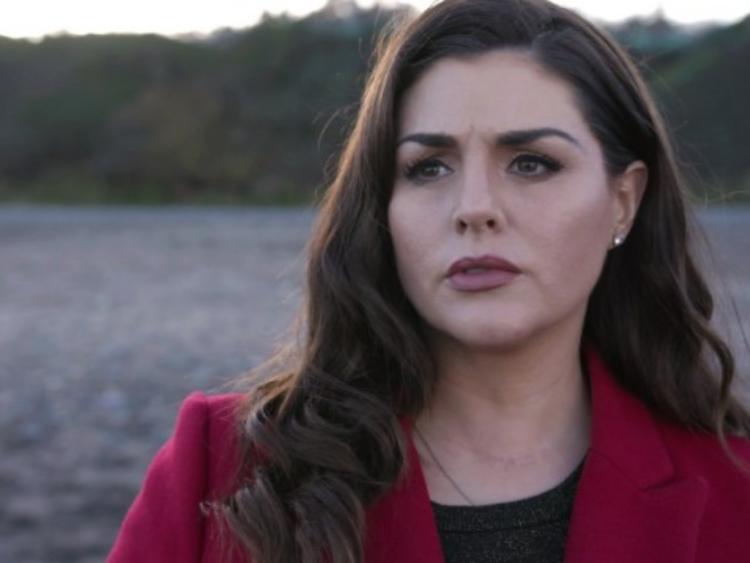 In a new documentary airing tonight, Síle Seoige explores the grief, hopes, fears, and frustrations of those who have gone through miscarriage and sets out to put an end to the culture of silence and stigma around this terrible loss that is experienced by so many.

In this hour-long authored documentary, broadcaster and mother Síle Seoige meets with women, couples, doctors and service providers in an effort to investigate the medical, emotional, psychological, and sociological elements of miscarriage, to help society understand it better.

In 2019, Síle decided to open up about her own miscarriage on her social media platform and was overwhelmed by the response that she received, describing it as "an avalanche" of replies from people who had been through the same thing. It was this response that prompted Síle’s desire to start a national conversation on miscarriage.

It is estimated that 14,000 Irish women miscarry each year and that approximately 20% or 1 in 4 of all pregnancies end in miscarriage, yet most who experience this tend to do so in silence.

Síle, along with other Irish women just like her will talk openly about miscarriage and how it has impacted their lives. Her emotional journey takes her around the country into the homes of some of these women and couples who, in many cases, have never spoken publicly before about their miscarriages.

She ventures to the Cork University Maternity Hospital where the innovative Pregnancy Loss Research Group are based and to the Beacon Care Fertility clinic and Neo-Fertility to explore her own treatment options before deciding which direction to go in herself.

In Armagh, musician and filmmaker Bernadette Morris speaks about her two miscarriages and how both she and her husband Peter felt like they were lost with no one to turn to. As a performer, she poured her silent grief into her song writing.

One of Ireland’s best known meteorologists, Joanna Donnelly, tells Síle about her own experiences of miscarriage and the harrowing physical and emotional realties of losing a pregnancy. She emphasises the devastating effect this can have on the well-being of a mother in the long term and passionately believes that the damage of silence can be immeasurable.

Síle meets Oonagh and Brian Murphy in Dublin who are expecting their fourth child. Five past miscarriages, including one very traumatic 17-week loss means that Oonagh is battling anxiety which together with her care team in the Rotunda, she is addressing through counselling and exposure therapy. Síle meets Oonagh at various points throughout her pregnancy to see how both she and baby are progressing.

Rosanna Davison’s history of 14 miscarriages is harrowing and she tells Síle about the impact that this had on her mental health and even her marriage. Being unable to carry a baby past 2 months gestation, both she and her husband Wes decided to have a baby girl through surrogacy.

As parents of a new-born baby, they were blissfully content and after a couple of months were completely shocked to find out that they were naturally pregnant with twins – and the pregnancy was going great. Rosanna believes that a stress-free life filled with happiness and contentment helped her pregnancy along.

Jennifer and Paudie Ó Dubhgáin run the Cork Miscarriage Support Group. They tell Síle about how a lack of local support services for couples who have experienced miscarriage spurred them on to start the group in 2018.

As parents of three children themselves, they are only too well aware of the difficult journey to parenthood having experienced six miscarriages over the years. Paudie believes that fathers, as well as mothers are in need of a safe and confidential support service where they can be heard and understood.

Celebrated author and UCD professor Angela Bourke has never spoken publicly about the miscarriages that she experienced as a young academic in the 1980s. Never going on to have a child, she offers a different perspective, saying that she has enjoyed her life greatly and continues to do so, albeit without a young family.

Professor Keelin O’Donoghue leads a team in Cork University Maternity Hospital that are the forefront of research that is being undertaken to investigate the effect of miscarriages on mothers and the treatment options that can be offered in individual cases. While giving Síle a fact-based medical explanation of what happens when women miscarry, she also emphasises the importance of how women are cared for in the aftermath. Keelin believes that this care can often determine the success of their future pregnancies.

At Beacon CARE Fertility, Síle meets Dr. Bart Kuczera who gives a no-holds-barred explanation for the risks associated with trying to become pregnant in your early 40’s. He explains that IVF is one successful treatment option for women who find themselves in this situation.

In Neo-Fertility, Dr. Phil Boyle outlines a slightly different and less invasive approach to helping couples who want to have children past the age of 35. His approaches, which involve hormone support and cycle tracking, are an option for someone who might not want to venture down the route of IVF.

In an effort to explore all of her options, Síle meets with fertility coach Helena Tubridy who helps her to try to find acceptance and heal from her previous losses. This emotionally charged form of therapy is of a great benefit to women who are having difficulty with emotional processing in the aftermath of a miscarriage.