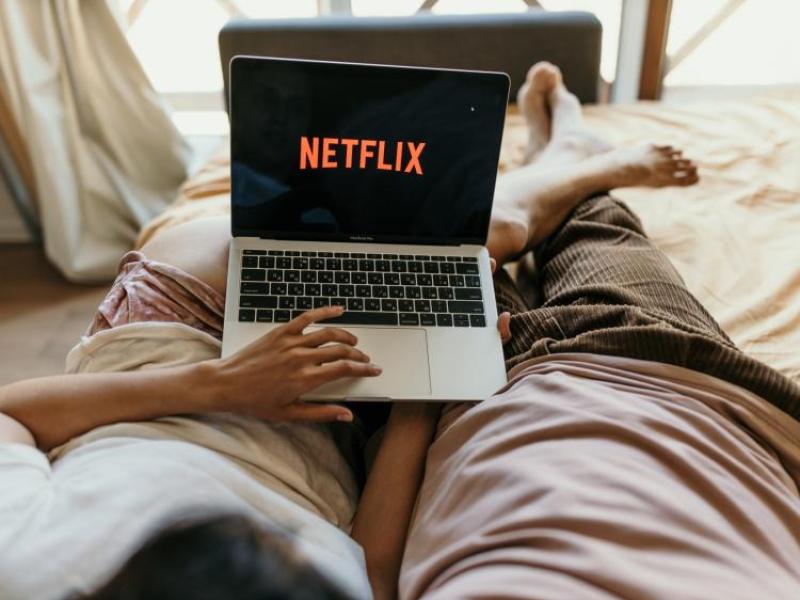 Netflix has released the details of all the new shows, documentaries and movies arriving to the streaming platform just in time for the weekend.

Grab some popcorn and snacks and let the weekend begin!

In 1994, a group of teenagers discover the terrifying events that have haunted their town for generations may all be connected — and they may be the next targets. Based on R.L. Stine’s best-selling horror series, Fear Street follows Shadyside’s sinister history through a nightmare 300 years in the making.

After a series of brutal slayings, a teen and her friends take on an evil force that's plagued their notorious town for centuries. Welcome to Shadyside.

In the cursed town of Shadyside, a killer's murder spree terrorizes Camp Nightwing and turns a summer of fun into a gruesome fight for survival.

In Virgin River season three, we've got even more drama in store for our beloved characters.  Mel and her loved ones in Virgin River support each other while facing all sorts of troubles: death, a fire, custody arguments, breakups and a new romance.  Season 3 is a twist-packed season that'll keep fans on the edge of their seats.

Atypical is a coming of age story that follows Sam (played by Keir Gilchrist), a 19-year-old on the autism spectrum as he searches for love and independence. While Sam is on his funny and emotional journey of self-discovery, the rest of his family must grapple with change in their own lives as they all struggle with the ongoing central theme of the series: what does it really mean to be normal?

In season three, Sam starts his first year of college and is faced with the challenge of figuring out what success means for him, while adjusting to the changes that come with growing up. Jennifer Jason Leigh stars as his mother, Elsa, who continues her own journey of self-discovery as her children grow older and more independent, Michael Rapaport plays his father, Doug, and Brigette Lundy-Paine plays Sam’s sister, Casey.  In Season 4 Casey and Sam are both on the cusp of leaving the nest, each member of the Gardner family faces big decisions about where life will go next.

Dogs may get credit for being humanity’s best friend, but to many people cats are just as much our loyal partners — even though if you asked cats they might not admit it! Cat People explores our fascinating relationship with cats through the lens of some of the most remarkable and surprising "cat people" in the world, defying the negative stereotypes of what it means to be a cat person while revealing the fundamental truths of what it means to have deep bonds with these fiercely independent, mysterious creature.

Our beloved best friends are back! Dogs returns to explore the powerful bond between humanity and dogs in four new intimate, heartwarming episodes. Whether it's the story of an astronaut, a priest, a military contractor, or the handler of a legendary university mascot, Dogs shows us how these beautiful animals occupy the same place in all of our hearts — one reserved not just for pets, but for family.

I Think You Should Leave with Tim Robinson: Season 2

The critically acclaimed and hilariously absurdist sketch comedy series, I Think You Should Leave with Tim Robinson returns for a second season. Creators and writers Tim Robinson and Zach Kanin bring their distinct comedy style and observational humour to the forefront, continuing to poke fun at life's most bizarre and mundane situations.  Akiva Schaffer, Andy Samberg, and Jorma Taccone (The Lonely Island) and Ali Bell for Party Over Here serve as executive producers alongside Alex Bach and Dan Powell for Irony Point. Alice Mathias serves as executive producer and directed most sketches alongside Zach Kanin.

Award-winning DreamWorks animation from the Aardman team, telling the story of a band of chickens doomed to a life of egg-laying on a Yorkshire chicken farm. When a flamboyant American rooster arrives on the scene, the hens hope he can teach them to fly to freedom. However, when a chicken-pie making machine is installed, their need becomes urgent and they must devise other means of escape.

Once Upon A Time in Hollywood

Quentin Tarantino’s Once Upon A Time in Hollywood visits 1969 Los Angeles, where everything is changing, as TV star Rick Dalton (Leonardo DiCaprio) and his longtime stunt double Cliff Booth (Brad Pitt) make their way around an industry they hardly recognize anymore. The ninth film from the writer-director features a large ensemble cast and multiple storylines in a tribute to the final moments of Hollywood’s golden age.

After being abducted, Mia finds herself with no recollection of what happened since. But when she discovers a message she has written to her future-self, she comes to understand that her life is in imminent danger if she doesn’t solve the mystery of her disappearance. In order to do so, she has to team up with the woman she trusts the least, Prof Lorenz.

Years after the horrors of Raccoon City, Leon and Claire find themselves consumed by a dark conspiracy when a viral attack ravages the White House.